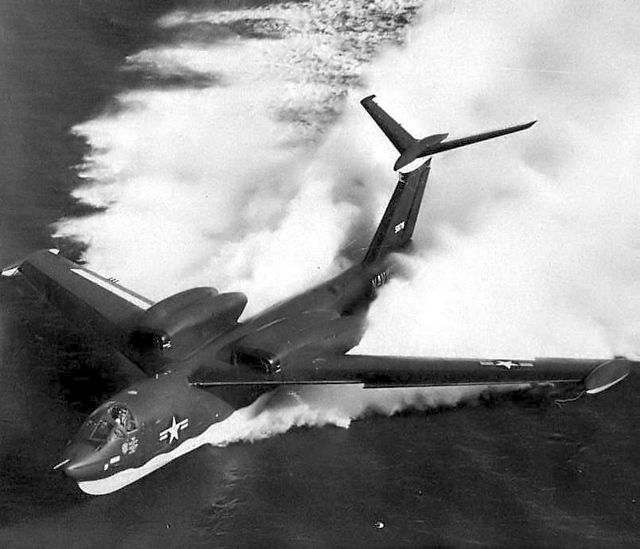 1905 – Orville Wright has a serious crash with Wright Flyer III, after which the Wright brothers radically alter the aircraft; the pivot point of the front rudder is mainly the culprit for the Flyer’s insistent pitching.

1922 – Birth of Robin Olds, American fighter pilot and general officer in the U. S. Air Force; he was a “triple ace” with a combined total of 16 victories in World War II and the Vietnam War.

1938 – Howard Hughes flies a Lockheed 14N around the world in 3 days 19 hours, to and from Floyd Bennett Field in New York, more than halving the time Wiley Post took to make the trip just five years earlier.

1948 – De Havilland Vampire F3s of No. 54 Squadron RAF become the first jet aircraft to fly across the Atlantic Ocean; six aircraft, fly via Stornoway, Iceland and Labrador to Montreal on the first leg of a goodwill tour of Canada and the U.S.

1955 – First flight of the Martin P6M SeaMaster (shown), a U.S. jet flying boat; it was designed to be a strategic bomber, but was later promoted as a high-speed minelayer.