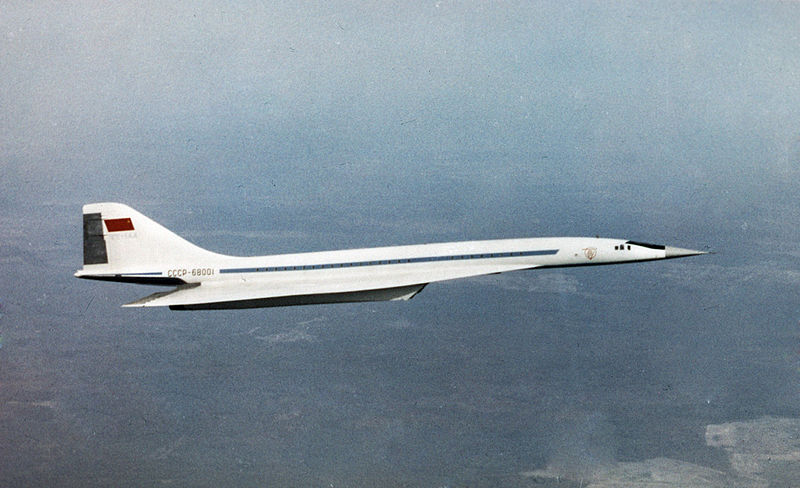 1943 – U.S. Army Air Forces pilot Fred Hargesheimer, flying a Lockheed P-38F-4 on a photo reconnaissance mission over the island of New Britain, Papua New Guinea, is shot down by a Japanese Kawasaki Ki-45 Nick fighter. Despite his injuries and jammed canopy, he parachutes to safety; thanks to villagers, manages to survive in the jungle for five months until a submarine, the USS Gato, rescues him.

1969 – The Tupolev Tu-144 (shown), a Russian supersonic transport aircraft, is the first such jet to break the sound barrier.

1969 – A U.S. Air Force Boeing RC-135E, a large reconnaissance aircraft known as “Rivet Amber,” goes down in the Bering Sea on a ferry flight from Shemya Air Force Base; no wreckage and no survivors are ever found.

1983 – Death of Kurt Waldemar Tank, German aeronautical engineer and test pilot; as head of the design department at Focke-Wulf from 1931-45, Tank designed several important aircraft of World War II, including the Focke-Wulf Fw 190.