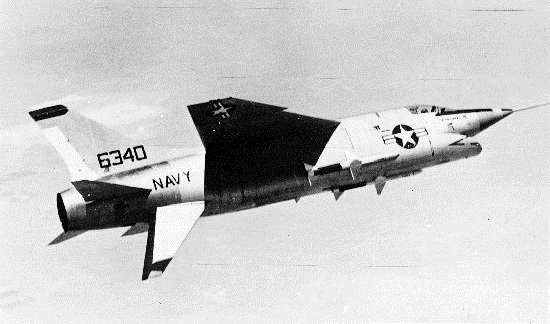 1958 – First flight of the Vought XF8U-3 Crusader III (shown), a U.S. aircraft developed by Chance Vought as a successor to the successful F-8 Crusader program and as a competitor to the McDonnell Douglas F-4 Phantom II.

1959 – Max Conrad takes off in a Piper Comanche 250 for a non-stop flight from Casablanca, Morocco to Los Angeles, a distance of 7,668 miles.

2012 – Allied Air Flight 111, a Boeing 727, in rain and poor visibility, overruns the runway on landing at Kotoka International Airport in Ghana; the freighter strikes a crowded minibus and a bicyclist on a nearby road. All four people on the plane survive, but the bicyclist and all 11 people on the minibus die.