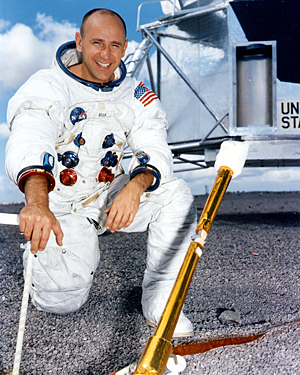 1913 – The U.S. Army forms the 1st Aero Squadron under Capt. Charles Chandler at Texas City, Texas, to scout for Mexican incursions along the border.

1932 – Alan Bean, American astronaut and fourth man to walk on the moon (shown above), was born.

1941 – Philippine Airlines, the first and oldest commercial airline in Asia operating under its original name, begins service with a Beechcraft Model 18 with flights from Manila to Baguio.

1967 – Air Southwest is incorporated by Herb Kelleher and Rollin King. They would go on to grow it into low-cost juggernaut Southwest Airlines.