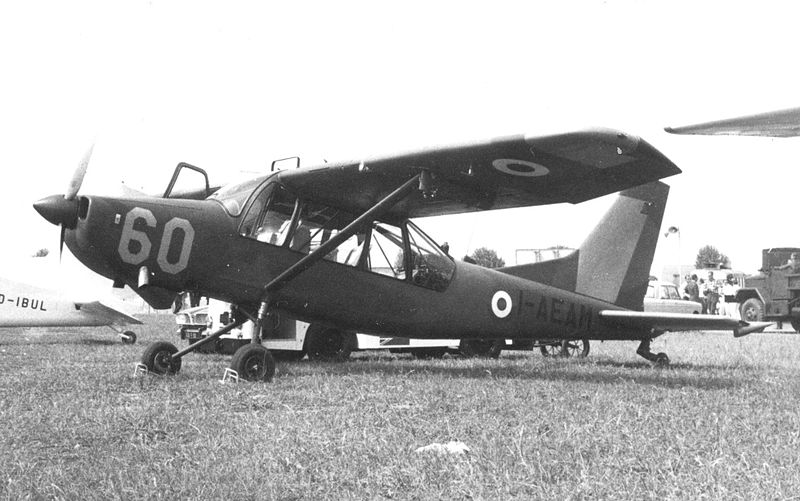 1893 – Birth of Tenente Silvio Scaroni, Italian World War I fighter pilot credited with 26 victories; he was the second ranking Italian ace of the war.

1940 – The Royal Air Force bombs Germany for the first time.

1967 – First flight of the Aermacchi AM.3 (shown), Italian single-engine observation aircraft; it was initially designated the MB-335.

1983 – Death of Oliver Colin “Boots” LeBoutillier, French World War I flying ace, skywriter and barnstormer who piloted aircraft for eighteen movies. He gave Amelia Earhart her first lesson in a twin-engined aircraft and was a U.S. Civil Aviation Authority inspector in charge of Colorado and Wyoming.

2002 – A hangar housing Buran, a Soviet orbital vehicle, in Kazakhstan collapses due to poor maintenance; eight workers are killed and the orbiter, as well as a mock-up of an Energia carrier rocket, is destroyed.