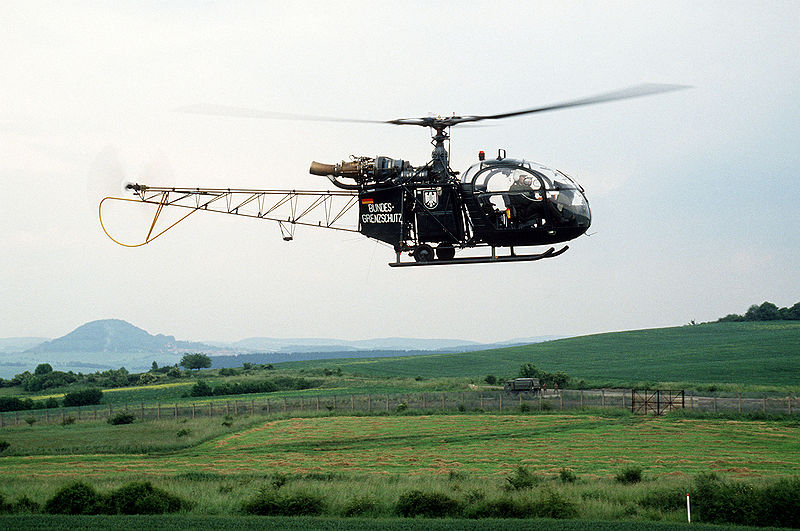 1908 –Frederick W. Baldwin piloted the AEA Red Wing, a silk-winged aircraft powered by a V-8 engine, off the frozen Keuka Lake near Hammondsport, N.Y., in what would be the first public demonstration of a powered aircraft flight in the U.S. as well as the first flight by a Canadian pilot.

1948 – Northwest Airlines Flight 4422, a Douglas C-54 Skymaster, crashes into Mount Sanford in the Alaska Territory, killing 30; the wreckage was not located until 1999.

1956 – The first wing of Boeing B-52 Stratofortresses becomes operational at Castle Air Force Base in California.

1955 – First flight of the Aérospatiale Alouette II (shown above); it was the first production helicopter to use a gas turbine instead of a conventional heavier piston engine.