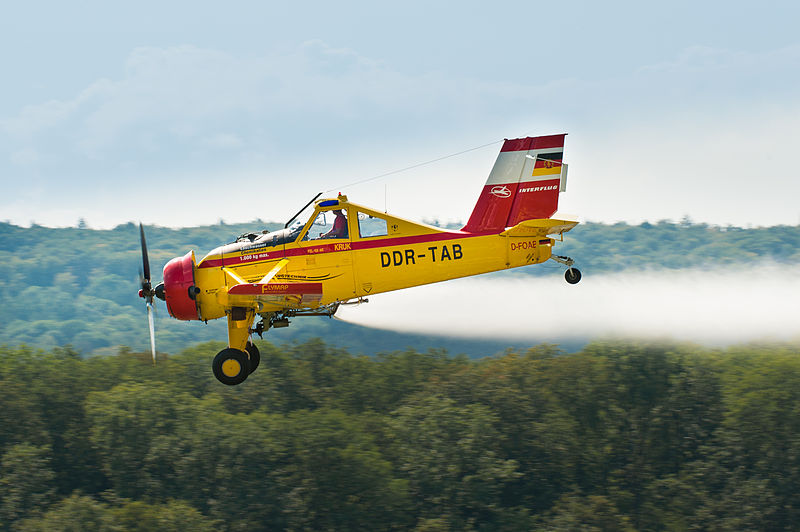 1890 – Birth of Victor S. Chapman, French-American World War I pilot and the first American pilot to die in that conflict.

1942 – Twelve Avro Lancaster bombers – six each from No. 44 (Rhodesia) Squadron and No. 97 Squadron – carry out the longest low-level penetration in World War II to date and the first daylight raid by the Lancaster in an attack on a submarine diesel engine factory at Augsburg, Germany.

1964 – Geraldine “Jerrie” Fredritz Mock, arrives in Columbus, Ohio, in a Cessna 180, completing a solo round-the-world flight and becoming the first woman to make such a journey.

1973 – First flight of the PZL-106 Kruk (shown), a Polish agricultural aircraft; initially powered by radial engines, they are offered today with turboprop powerplants.