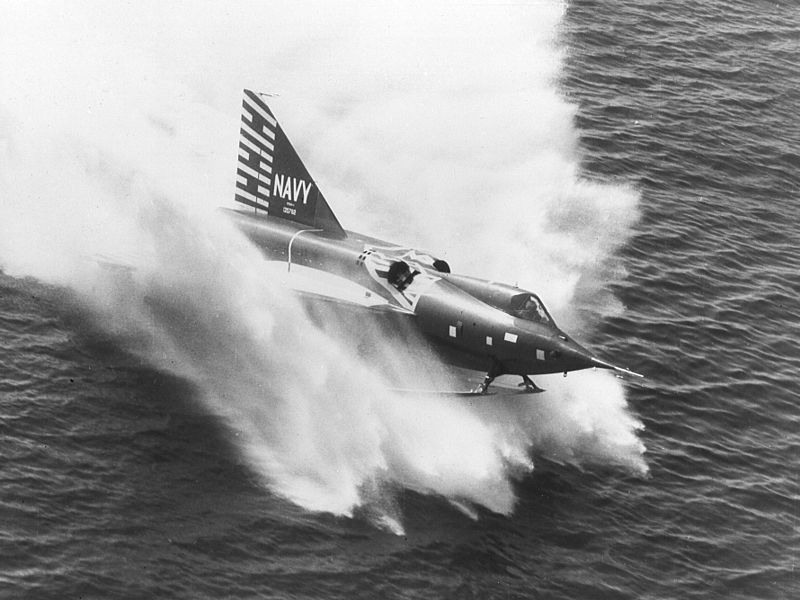 1888 – Birth of Byron Quinby Jones, American pioneer aviator; he became the first U.S. Army pilot to stall and loop an aircraft without crashing.

1911 – The Avro Type D, a British biplane, becomes the first seaplane to take off from British sea waters.

1942 – The Imperial Japanese Navy launches an air raid on Trincomalee in Ceylon (Sri Lanka); Royal Navy aircraft carrier HMS Hermes and Royal Australian Navy destroyer HMAS Vampire are sunk off the island’s east coast. The loss of the Hermes makes it the first aircraft carrier ever to be sunk by aircraft.

1944 – Death of Evgeniya Maksimovna Rudneva, Soviet military air navigator and Hero of the Soviet Union; she dies while flying her 645th night combat mission in a Polikarpov Po-2 along with her pilot Panna Prokofyeva.

1953 – First official flight of the Convair F2Y Sea Dart (shown), a unique American seaplane fighter aircraft that rides on twin hydro-skis for takeoff. It only flies as a prototype and never enters production, but it is still the only seaplane to exceed the speed of sound.

2010 – A Bell-Boeing CV-22 Osprey of the U.S. Air Force crashes near Qalat, Afghanistan, killing four; it is the first combat loss of an Osprey.