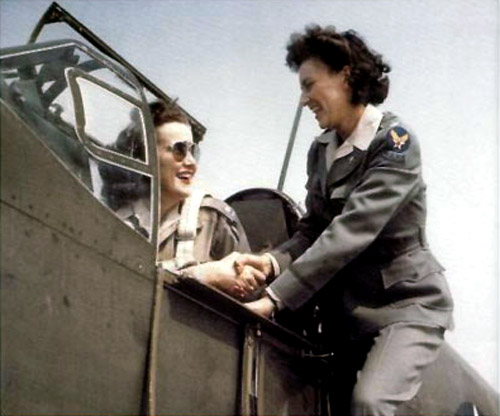 1904 – Gabriel Voisin successfully flies a modified Archdeacon glider at Berck sur Mer, Picardie, in northern France; Voisin added a canard to the design and his longest flight on this day is 25 seconds.

1944 – Death of Evelyn Genevieve “Sharpie” Sharp (shown next to cockpit), American aviator and one of the first female airmail pilots and an original Women’s Auxiliary Ferrying Squadron (WAFS) pilot; she is killed the crash of a Lockheed P-38 Lightning she was ferrying in Cumberland County, Pa.

2008 – A Blue Wing Airlines Antonov An-28 crashes upon landing in southeastern Suriname; the plane’s 19 passengers and crew perish.