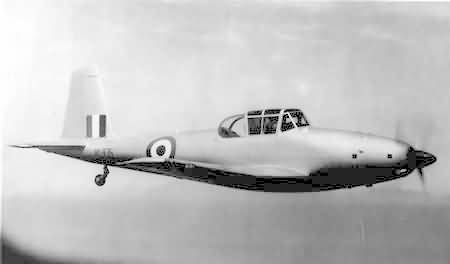 1948 – The first aircraft to fly with a single turboprop engine is a British trainer Boulton Paul P.108 Balliol (shown); it is powered by an Armstrong Siddeley Mamba.