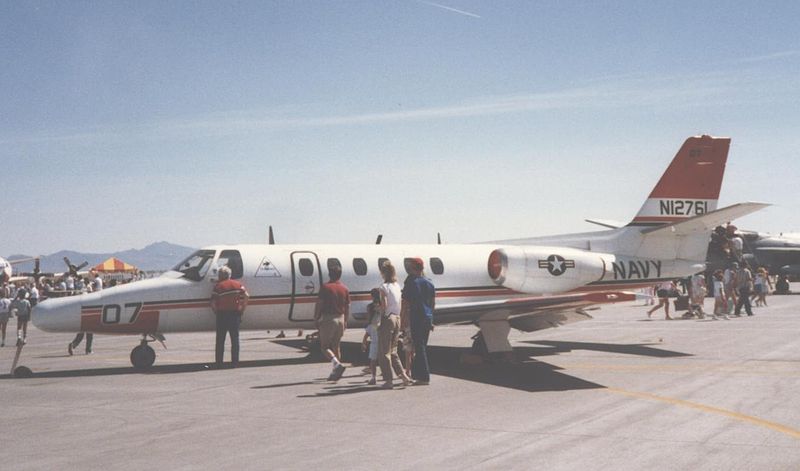 1883 – Birth of Jacob Earl “Jake” Fickel, U.S. major general and flying instructor; he also is credited with firing the first recorded gunshot ever from an airplane.

1970 – Death of Mikhail Mil; he was the founder of the Mil Moscow Helicopter Plant, responsible for many of the well-known Russian helicopter models, notably the Mil Mi-24.

1977 – First flight of the Cessna Citation II, an American light corporate jet development of the Citation I; more than 900 IIs are eventually built, including a model for the U.S. Navy (shown).

2005 – A Colombian government Sikorsky UH-60 Black Hawk helicopter, on an anti-narcotics mission, crashes in heavy fog near Manguipayan, killing all 20 on board.