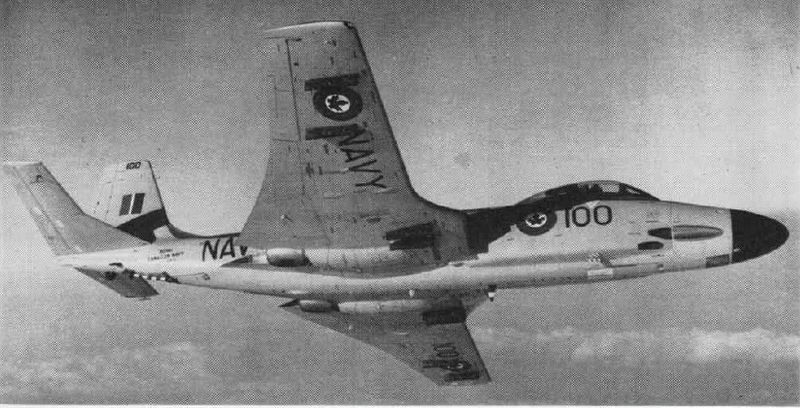 1784 – The first balloon flight made in Italy takes place from the grounds of a villa owned by Chevalier Paul Andreani near Milanand uses a modified hot air design built by the brothers Charles and Augustin Gerli.

1958 – During joint exercises with the U.S. Navy at Naval Station Mayport near Jacksonville, Fla., a flight of four Royal Canadian Navy McDonnell F2H-3 Banshee fighters (shown above) performs a formation takeoff but immediately flies into a dense fog bank; the rearmost aircraft drops out of formation and vanishes. The airplane’s nosewheel and pilot Lt. Barry Troy’s helmet are later found floating in the ocean nearby, but no other signs of the missing aircraft or pilot are ever found.