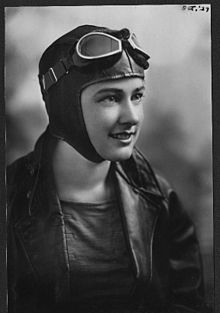 1942 – First flight of the Supermarine Seafire, a naval version of the famous Supermarine Spitfire fighter adapted for operation from aircraft carriers.

1947 – Death of Helen Richey (shown), American  pioneering female aviator and first woman to be hired as a pilot by a commercial airline in the U.S.

1981 – A Boeing 747 of CAAC lands at JFK International Airport, marking the first time since 1949 that a flight from mainland China to the U.S. is performed.

2012 – A Cameron A-210 hot air balloon collides with a high-voltage power line while attempting to land, causing it to catch fire, disintegrate and crash just north of Carterton, New Zealand; all 11 aboard perish.