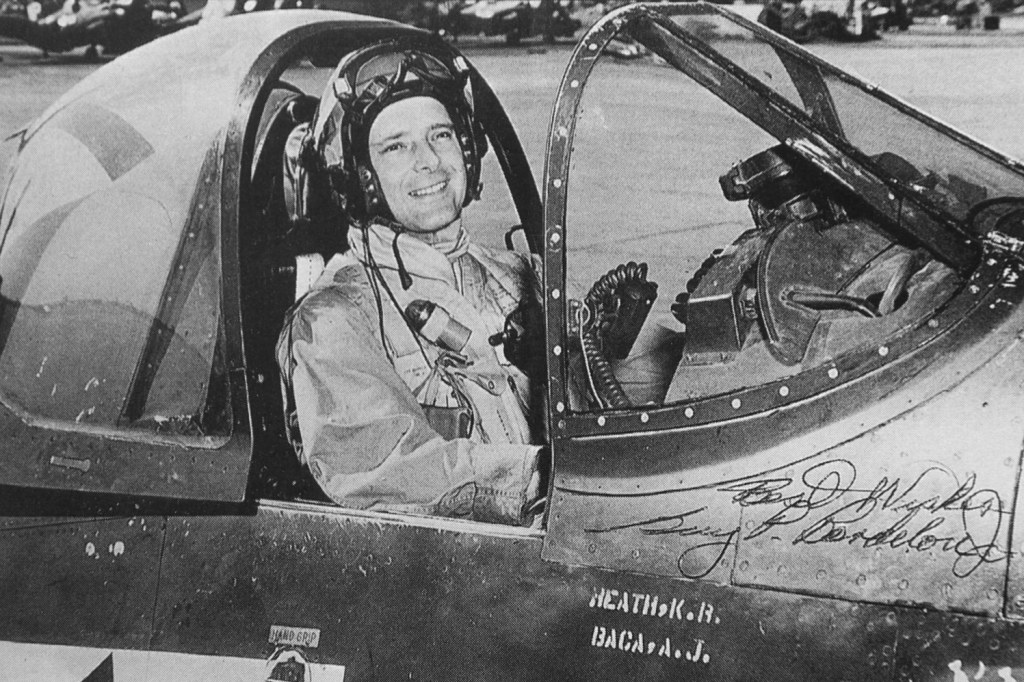 1942 – Birth of Dennis Edward “Denny” Fitch, Sr., American commercial airline pilot; he would become best known for his actions as an off-duty McDonnell Douglas DC-10 training captain to steer United Airlines Flight 232, a Douglas DC-10, to an oblique crash-landing at Sioux Gateway Airport in Iowa, where 184 out of 296 aboard survived.

1978 – First flight of the Beriev A-50, a Soviet-built airborne early warning (AEW) aircraft based on the Ilyushin Il-76 transport.

2002 – Death of Guy Pierre Bordelon (shown), the U.S. Navy’s only ace and only night fighter ace of the Korean War; he also may have been the last ace to fly a propeller-driven fighter.