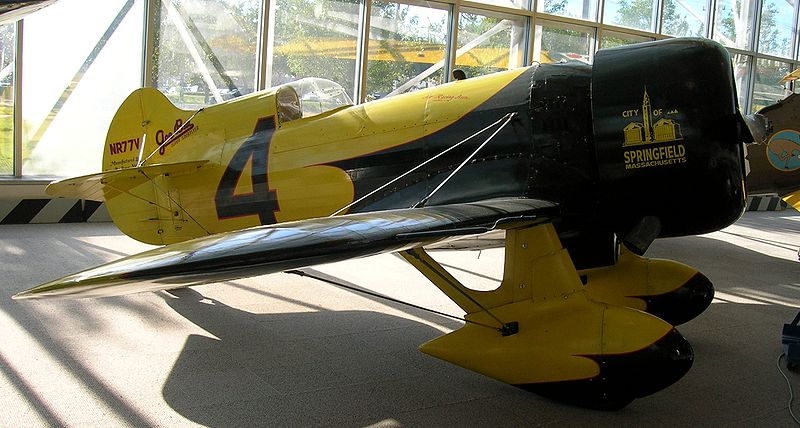 1918 – Birth of Walker Melville “Bud” Mahurin, American World War II and Korean war fighter ace; he becomes the only U.S. Air Force pilot to score in both the European and Pacific Theaters and the Korean War.

1931 – Death of Lowell R. Bayles, American air racer, killed  in the crash of his Gee Bee Model Z (replica shown) during an attempt at the landplane speed record.

1935 – The first trans-Antarctic flight is complete when Lincoln Ellsworth and Herbert Hollick-Kenyon make a forced landing 25 miles short of Richard E. Byrd’s base camp at Little America when the Northrop Gamma 2B “Polar Star” runs out of fuel after flying more than 2,400 miles from Dundee Island.

1965 – A U.S. Navy Douglas A-4E Skyhawk on nuclear alert status and armed with a Mark 43 TN nuclear weapon, rolls off of elevator of aircraft carrier U.S.S. Ticonderoga (CVA-14), in the Pacific Ocean. The Skyhawk, pilot Lt. D.M. Webster and the bomb are lost in 16,000 feet of water 80 miles from one of the Ryukyu Islands in Okinawa. No public mention is made of the incident at the time and it does not come to light until a 1981 Pentagon report reveals that a one-megaton bomb had been lost.

2006 – Lufthansa becomes the first airline to order the Boeing 747-8 passenger jet with an order for 20 planes and options for an additional 20.