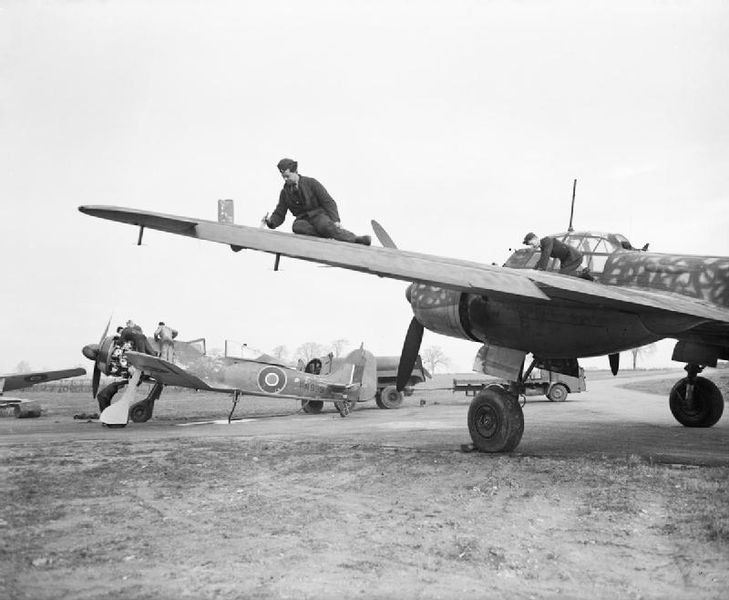 1916 – First flight of the Breguet 14, a French biplane bomber and reconnaissance aircraft; it is the first aircraft in mass production to use large amounts of metal rather than wood in its structure.

1943 – No. 1426 (Enemy Aircraft) Flight RAF, nicknamed “the Rafwaffe” (shown above), is formed to evaluate captured enemy aircraft and demonstrate their characteristics to other Allied units.

1981 – Aeroflot is banned from flying to the U.S., after an earlier Aeroflot flight that overflew American military installations, straying from its supposed flight path.

2004 – China Eastern Airlines Flight 5210, a Bombardier CRJ200, stalls and crashes near Baotou, China, shortly after takeoff because of frost contamination; all 53 on board and two people on the ground are killed.