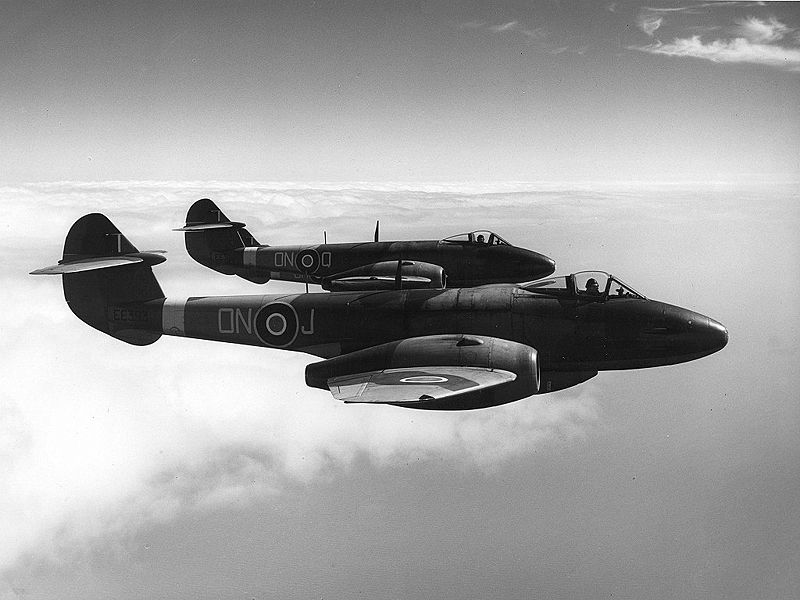 1910 – The first flight for the purpose of delivering commercial freight occurs in the U.S. between the Ohio cities of Dayton and Columbus; the trip, which takes just over an hour, is flown by Wright Co. pilot Philip Parmalee.

1945 – The first official air speed record by a jet aircraft of 606 mph is set by Royal Air Force Group Capt. H.J. “Willy” Wilson in a Gloster Meteor F.3 (shown above) at Herne Bay in Kent, England.

2009 – A Russian Navy Tupolev Tu-142 crashes in the Tatar Strait, some 12 miles off Sakhalin Island in the Pacific, during a training flight; all eleven crew of the four-engined derivative of the Tu-95 bomber are presumed dead.