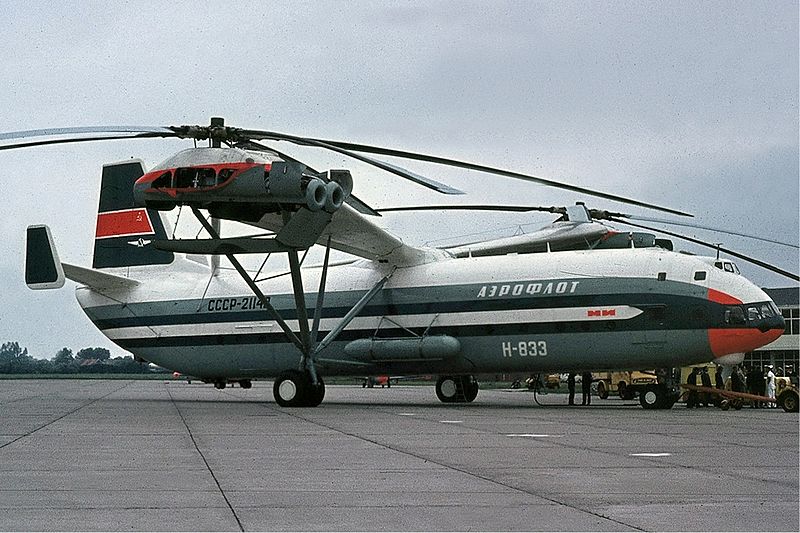 1903 – The world’s first successful heavier-than-air aircraft engine, which will power the Wright brothers‘ first airplane in December 1903, runs for the first time in Dayton, Ohio.

1935 – The U.S. Navy’s last rigid airship, the USS Macon, loses its upper fin off Point Sur, Calif., sinks to the surface of the Pacific Ocean in a controlled crash, and is lost. All but two of the 83 crew are saved. The airship’s remains lie unfound until 1990 when a fisherman brings up a girder.

1961 – Death of Frank Ormond “Mongoose” Soden, a Canadian World War I fighter ace who stayed and served in the RAF until the end of World War II.

1969 – The Mil V-12 (shown above), the world’s largest helicopter, establishes a number of load-to-height records.

2009 – Colgan Air Flight 3407, a Bombardier Dash 8 Q400, flying from New Jersey’s Newark Liberty International to Buffalo Niagara International Airport in New York, crashes into a house in Clarence, N.Y. All 49 aboard the plane are killed, with one fatality on the ground.