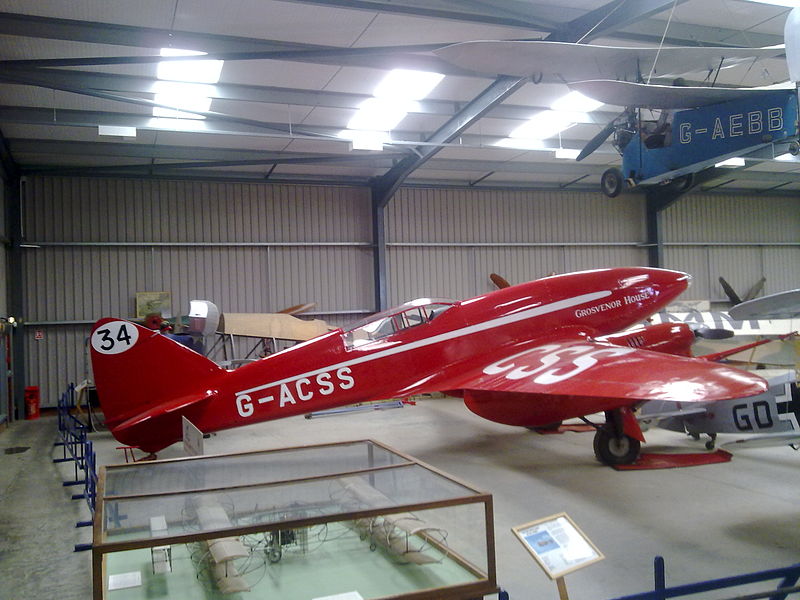 1906 – The first officially witnessed unaided takeoff and flight by a heavier-than-air aircraft in Europe is made by Brazilian aviator Alberto Santos Dumont in his own airplane, the N° 14 bis, winning the Archdeacon prize at Bagatelle in France, flying a distance of 197 feet.

1934 – The de Havilland DH.88 Comet “Grosvenor House” (shown above), a British twin-engined racing aircraft flown by  C. W. A. Scott and Tom Campbell Black, crosses the finish line at Flemington Racecourse in Australia after a record time of just under 71 hours from RAF Mildenhall in England.

1942 – All 12 passengers and crewmen of American Airlines Flight 28, a Douglas DC-3, are killed when it is struck in mid-air by a Lockheed B-34 Lexington bomber of the U.S. Army Air Forces near Palm Springs, Calif. The B-34 suffered only minor damage, and landed safely.

1967 – First flight of the Canadair CL-215, a Canadian twin-engine, high-wing firefighting aircraft designed to operate at low speed and in gust-loading conditions.

2012 – Death of Roland Paulze d’Ivoy de la Poype, a French World War II fighter ace and a member of the Normandie-Niemen fighter group that fought on the Soviet front; he was one of only four members of the regiment to be awarded the title of Hero of the Soviet Union.