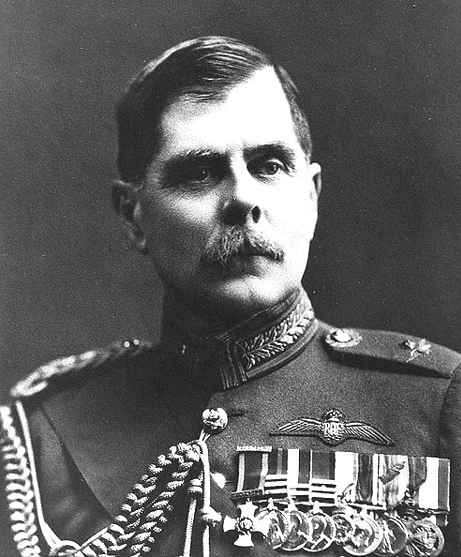 1918 – During U.S. Navy tests of a converted Curtiss N-9 biplane as an unpiloted flying bomb equipped with a Sperry automatic control, Lawrence Sperry takes it up to prove airworthiness of the design. It crashes, but the pilot is unhurt.

1932 – Birth of Alfred Worden, American test pilot and astronaut who was the command module pilot for the Apollo 15 Moon mission, one of only 24 people to have flown to the Moon.

1956 – Death of Hugh Trenchard, 1st Viscount Trenchard (shown above), the British officer who was instrumental in establishing the Royal Air Force and described as the father of the RAF.

1981 – A Tupolev Tu-104 airliner, belonging to the Soviet Pacific Fleet and carrying its top brass, crashes on take-off at a military airfield in Pushkin, Leningrad, due to shifting cargo. Out of 52 aboard, including 16 generals and admirals and 20 captains, 51 are pronounced dead at the scene, and the co-pilot later dies in hospital from his injuries.

2007 – A U.S. Marine Corps Boeing Vertol CH-46E Sea Knight is shot down by a shoulder-fired missile in al-Karma, Iraq, outside Fallujah, killing all seven aboard.