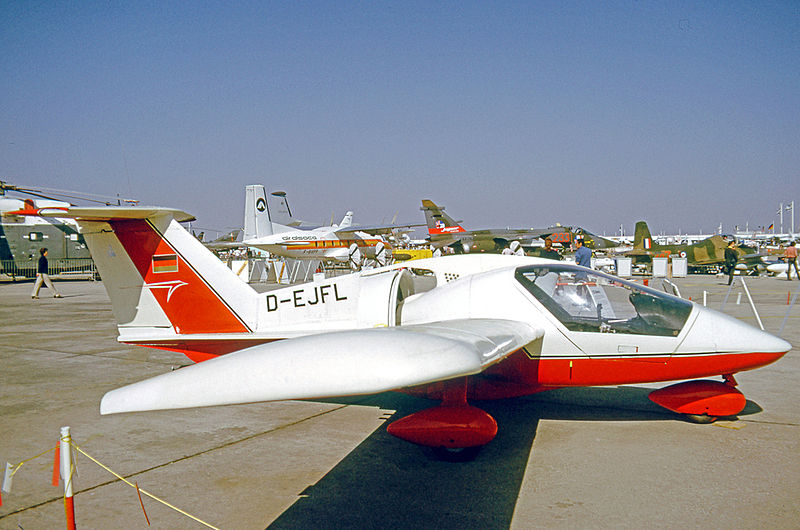 1908 – The first European flight of the Wright Brothers is made by Wilbur Wright in Le Mans, France; Griffith Brewer becomes the first Briton  to fly as a passenger in an aeroplane.

1973 – First flight of the RFB/Grumman American Fanliner (shown above), an experimental German light plane propelled by a piston-engined ducted fan.

2001 – In the Linate Airport disaster, Scandinavian Airlines Flight 686, a McDonnell Douglas MD-87, crashes into a Cessna business jet on takeoff from Milan, Italy; the airliner then swerves into a baggage handling building and catches fire. All 110 people on board Flight 686 die as well as all four in the Cessna. Four people on the ground also perish.