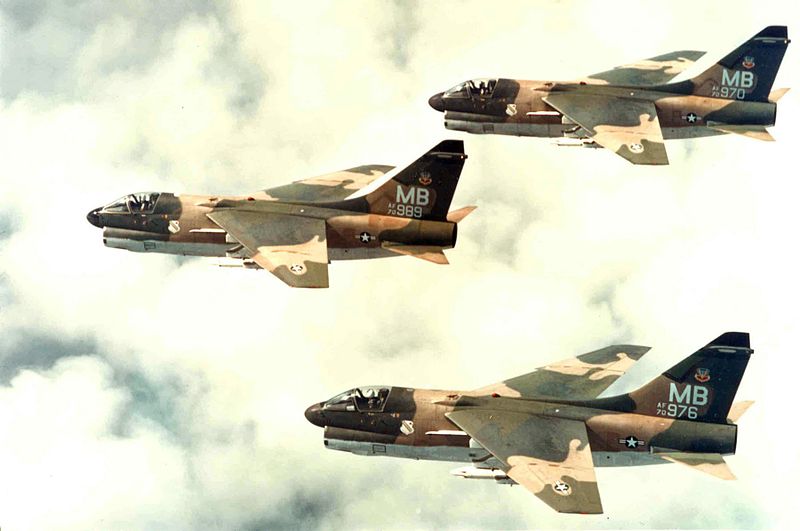 1865 – Birth of Mary Russell, Duchess of Bedford; she was an English aviatrix, raid pilot and ornithologist.

1944 – The Kommando Nowotny, the first World War II Luftwaffe jet fighter unit for testing and establishing tactics for the Messerschmitt Me 262, is formed.

1965 – First flight of the LTV A-7 Corsair II (shown above), an American carrier-based attack aircraft.

1981 – Death of Bùi Thanh Liêm, Vietnam People’s Air Force pilot, first Vietnamese and first Asian in space; he is killed in a Mikoyan-Gurevich MiG-21 aeroplane crash during a training flight over the Gulf of Tonkin off the coast of northern Vietnam.

2008 – Swiss pilot and inventor Yves Rossy becomes the first person to fly a jet engine-powered wing across the English Channel, in 9 minutes, 7 seconds, and reaching a speed of 186 mph during the crossing.