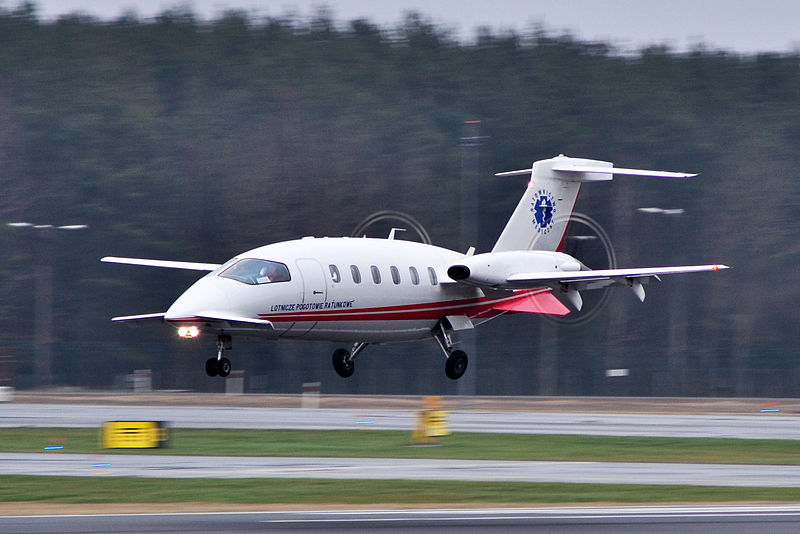 1911 – Earle Lewis Ovington, an American aeronautical engineer, aviator and inventor, pilots the first official airmail flight in the U.S. in a Blériot XI; he carries a sack of mail from Garden City, N.Y., to Mineola, N.Y.

1931 – A Pitcairn OP-1 autogyro conducts landing and take-off trials aboard the aircraft carrier U.S.S. Langley (CV-1); it is the U.S. Navy’s first experiment with a shipborne rotary-wing aircraft.

1986 – First flight of the Piaggio P.180 Avanti, an Italian twin-engine business aircraft (shown above); the unique design places the main wing behind and above the canard-like horizontal stabilizer, features a laminar flow fuselage and has engines in pusher configuration.

1986 – Gottfried von Banfield, the most successful Austro-Hungarian World War I naval pilot, dies; known as the “Eagle of Trieste,” he may have been the only flying ace who flew a flying boat to five or more victories.