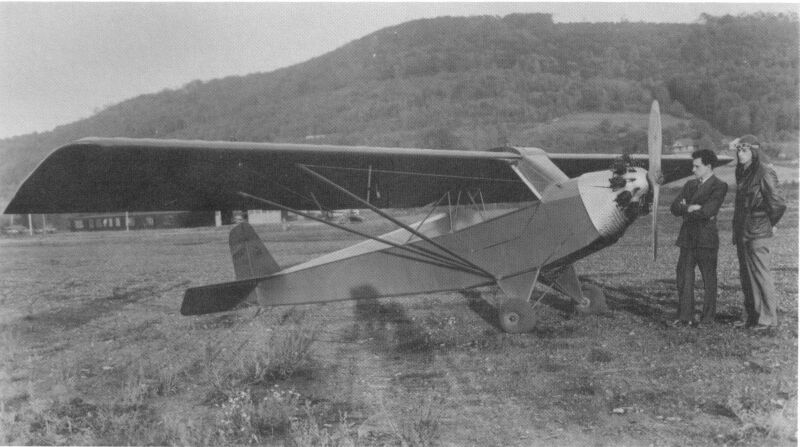 1918 – More than 1,200 French and U.S. fighter planes are brought together for the Battle of Saint-Mihiel. At the time, it is the largest force of aircraft assembled for a single operation.

1930 – First flight of the Taylor Cub (shown above), a small, light and simple American utility aircraft; it is the forefather of the popular Piper J-3 Cub.

1945 – A captured Focke Wulf Fw 190F being ferried from Newark Army Air Base, N.J. – where it had been offloaded from the H.M.S. Reaper – to Freeman Field, Ind., for testing, crash-lands near Altoona, Pa. The press never gets wind of the accident, nor of the Aug. 19 Messerschmitt Me 262 crash landing at Pittsburgh that same year.

1979 – Death of Joseph Frantz, a French World War I pilot and the first to shoot down an airplane in a dogfight.

1994 – Frank Eugene Corder crashes a stolen Cessna 150 onto the South Lawn of the White House, apparently trying to hit the building; he is killed, the sole casualty.