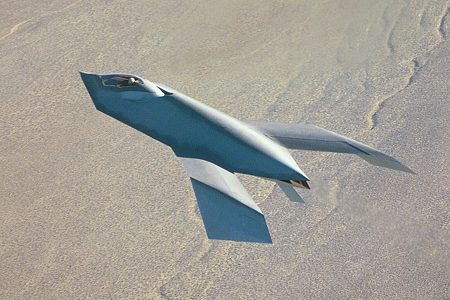 1911 – Robert Grant Fowler takes off in a Wright biplane from San Francisco, Calif.,  to Jacksonville, Fla., for a coast-to-coast journey across the U.S.; it will take him four months to complete it.

1972 – Death of Cyril Frank Uwins, a British record-breaking test pilot for Bristol Aircraft where he made the first flights of 58 different types of aircraft.

1996 – First flight of the Boeing Bird of Prey (shown above), an American black project aircraft, intended to demonstrate stealth technology.

2001 – Four jetliners, two each of American Airlines and United Airlines, are hijacked and crashed in the Sept. 11 terrorist attacks, killing more than 3,000 people. Among the victims was Charles Edward “Chuck” Jones, a U.S. Air Force pilot and NASA astronaut.