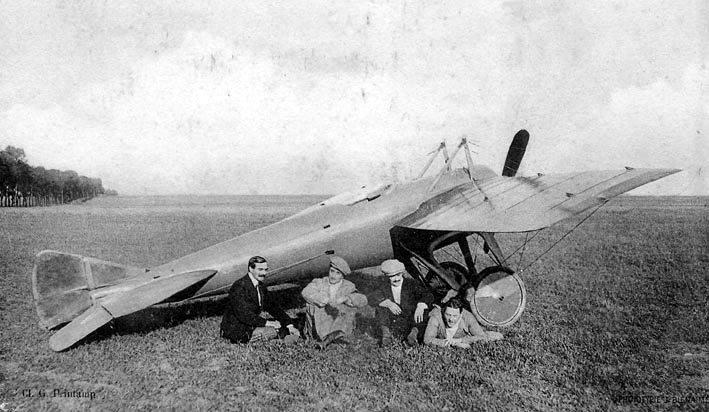 1912 – Jules Vedrines wins the Gordon Bennett Trophy by flying a world record speed of 108 mph in his Deperdussin Monocoque monoplane (shown above) at Chicago, Ill.

1943 – Italian battleship Roma is sunk by two German radio-controlled glide bombs dropped from Dornier Do 217s, while the battleship Italia is damaged; the two ships were on their way to Malta to surrender.

1949 – Canadian Pacific Airlines Douglas DC-3 explodes in mid-flight en route from Quebec City to Baie-Comeau as the result of an onboard bomb, killing all 23 on board.

1995 – Death of Reinhard Alfred Furrer, German physicist and astronaut, killed in the crash of a Messerschmitt Bf 108 Taifun during a flight show on the Johannisthal Air Field in Berlin.