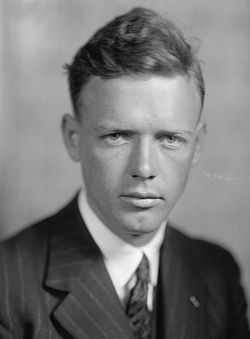 1902 – Charles Augustus Lindbergh, American pilot, was born. Also known as “Lucky Lindy” and “The Lone Eagle,” he was famous for the first solo, non-stop flight across the Atlantic in 1927 from Roosevelt Field, Long Island, to Paris in the “Spirit of St. Louis.”

1959 – A U.S. Air Force Boeing WB-50D Superfortress, assigned to the 59th Weather Reconnaissance Squadron at Kindley Air Force Base Bermuda, was lost on weather track over the Atlantic Ocean with 12 killed. The crash was observed by a Japanese freighter about two hours after takeoff.

1969 – The North American XB-70 Valkyrie, the remaining prototype of the proposed B-70 nuclear-armed deep-penetration bomber, took its final flight to Wright-Patterson Air Force Base for museum display.