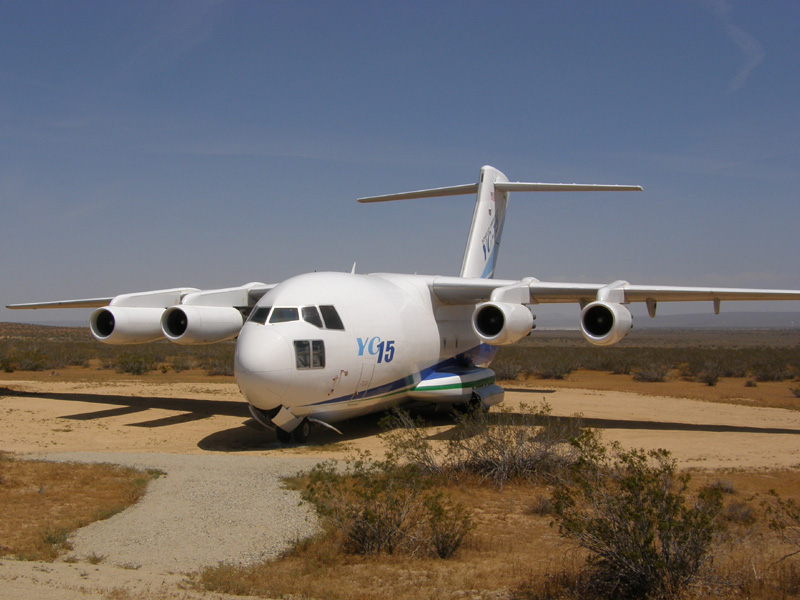 1740 – Birth of Joseph-Michel Montgolfier, who, with brother Jacques-Étienne, invents the Montgolfière-style hot air balloon; the brothers succeeded in launching the first manned ascent.

1975 – First flight of the McDonnell Douglas YC-15 (shown above), an American tactical transport prototype; although it nor a competing product were never ordered into production by the U.S. military, its basic design would be the basis of Boeing’s C-17 Globemaster III.