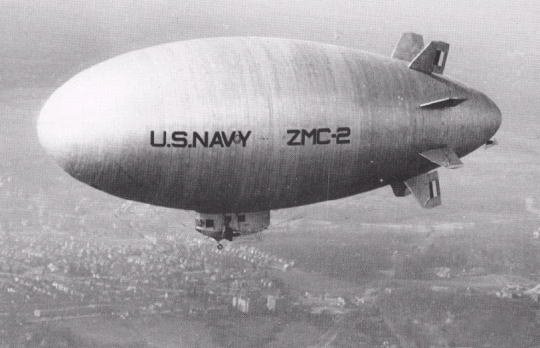 1871 – Birth of Orville Wright, co-inventor, with his brother Wilbur, of the first airplane to achieve powered, sustained, and controlled flight and the first fully practical powered airplane.

1917 – Heinrich Gontermann, a German World War I fighter ace, shoots down a SPAD fighter and later, on a single mission, downs four balloons in three minutes.

1929 – First flight of the ZMC-2 (shown above), a U.S. Zeppelin that becomes the only successfully-operated metal-skinned airship built; it is a helium balloon supported by transverse metal frames and longitudinal stiffeners with a thin metal covering forming the outer skin.

1984 – Death of Manlio Quarantelli, an Italian air force pilot and test pilot for Fiat and Aeritalia; he dies from wounds sustained after a crash three months before during a flight test of the AMX International AMX prototype ground attack jet.

2012 – An Alfa Airlines Antonov An-26-100, carrying a Sudanese government delegation to an Eid al-Fitr festival, crashes during bad weather in southern Sudan, killing all 32 people on board.