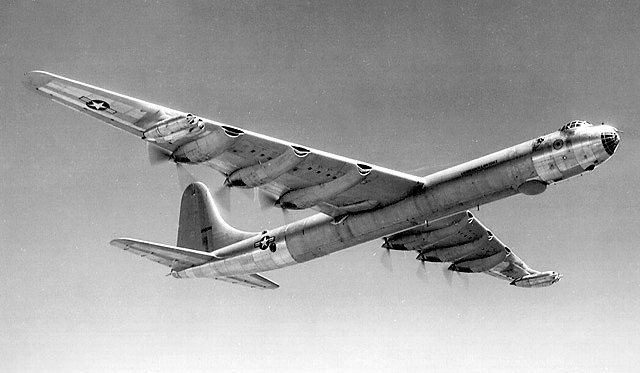 1946 – First flight of the Convair B-36 Peacemaker (shown above), a U.S. strategic bomber and the largest mass-produced piston engine aircraft ever made; it also has the longest wingspan of any combat aircraft ever built (230 feet).

1991 – Death of James Benson Irwin, American test pilot, astronaut and engineer; he served as Lunar Module pilot for Apollo 15, the fourth human lunar landing and was the eighth person to walk on the Moon.

2009 – A Piper Cherokee Lance flying over the Hudson River crashed into a Eurocopter AS350 of Liberty Helicopter Sightseeing Tours, severing the right wing of the airplane and multiple rotor blades from the helicopter near Frank Sinatra Park in Hoboken, N.J.; all aboard both craft perish.