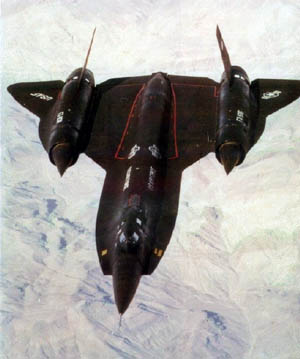 1890 – Birth of Joseph Frantz, French World War I pilot and the first pilot to shoot down an airplane in a dogfight.

1942 – Operation Watchtower, the U. S. invasion of Guadalcanal, Tulagi, Gavutu, and Tanambogo, begins. Aircraft carriers U.S.S. Enterprise and U.S.S. Saratoga cover the landings with airstrikes, while U. S. Army Air Forces Boeing B-17 Flying Fortresses bomb Japanese airfields at Rabaul. Japanese aircraft from that island attack U. S. transports and their escorts off Guadalcanal and dogfights with aircraft from Enterprise and Saratoga ensue.

1955 – Test pilot Tex Johnston performs a barrel-roll in the Boeing 367-80, the prototype of the landmark 707 passenger jet.

1963 – First flight of the Lockheed YF-12 (shown above), a American prototype interceptor aircraft, which the U.S. Air Force evaluates as a development of the highly-secret Lockheed A-12.

1977 – Death of Wilfred Austin “Will” Curtis, Canadian World War I flying ace who served in the Royal Canadian Air Force during World War II and ended as the post-war chief of the RCAF’s Air Staff.