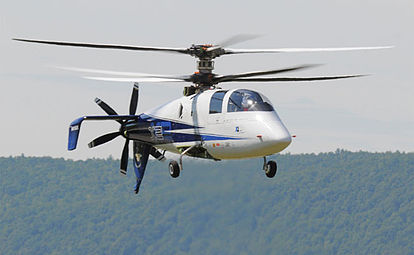 1889 – Birth of Godwin Brumowski, the most successful ace of the Austro-Hungarian Air Force during World War I.

1912 – U.S. Navy Lt. John Rodgers and Ensign Charles Maddox, in a Wright B1 Flyer, send the first wireless message from an airplane to a ship, the torpedo boat U.S.S. Stringham, near Annapolis, Md.

1964 – Death of Joseph “Joe” B. Duckworth, a U.S. Air Force and commercial pilot; he was regarded as the father of modern instrument flight and was the first person to fly through the eye of a hurricane.

2010 – The Sikorsky X2 demonstrator (shown above), an American experimental compound helicopter with coaxial rotors, unofficially breaks the speed record for rotorcraft, when it achieves a maximum speed of 225 knots in a one-hour test flight.