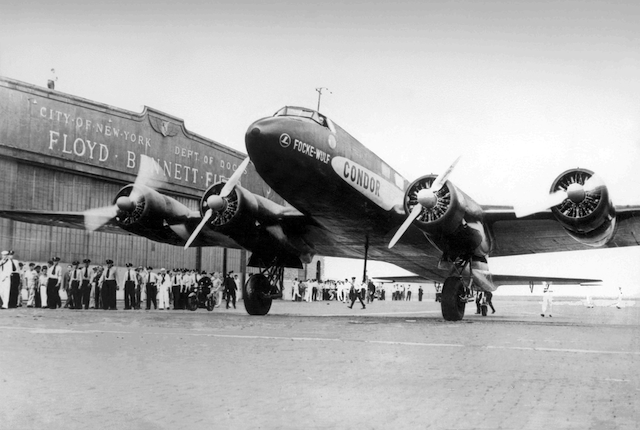 1915 – Royal Flying Corps Capt. Lanoe Hawker becomes the first British military aviator to earn the Victoria Cross when he defeats three German two-seat observation aircraft in one day over the Western Front during World War I.

1939 – A Deutsche Lufthansa Focke-Wulf Fw 200 Condor (shown above) takes off from Berlin, Germany, to Bangkok, Thailand, inaugurating a regular service.

2000 – Air France Flight 4590, flown by Aérospatiale-BAC Concorde F-BTSC, catches fire after takeoff, crashing and killing all 100 passengers, nine crew and four people on the ground, at Gonesse, France. While it is the only fatal crash of a Concorde, it marked the beginning of the end for the supersonic airliner.