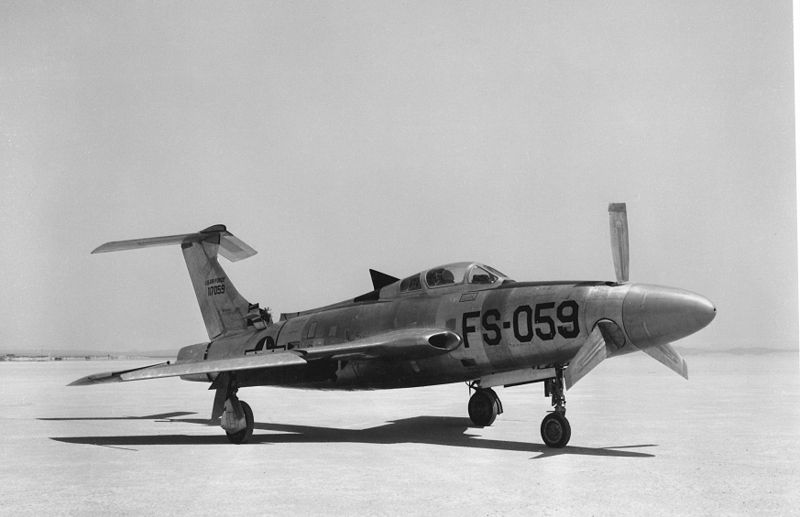 1918 – Indra Lal “Laddie” Roy, the first World War I Indian flying ace, dies in a dogfight with Fokker D.VIIs of Jasta 29 over France.

1955 –  First flight of the Republic XF-84H “Thunderscreech” (shown above), an American experimental turboprop aircraft derived from the F-84F Thunderstreak; it is powered by a turbine engine mated to a supersonic propeller.

1983 – Dick Smith completes the first solo circumnavigation of the globe in a helicopter; the 35,258-mile journey was done in stages using a Bell Jetranger 206B named “Australian Explorer.”