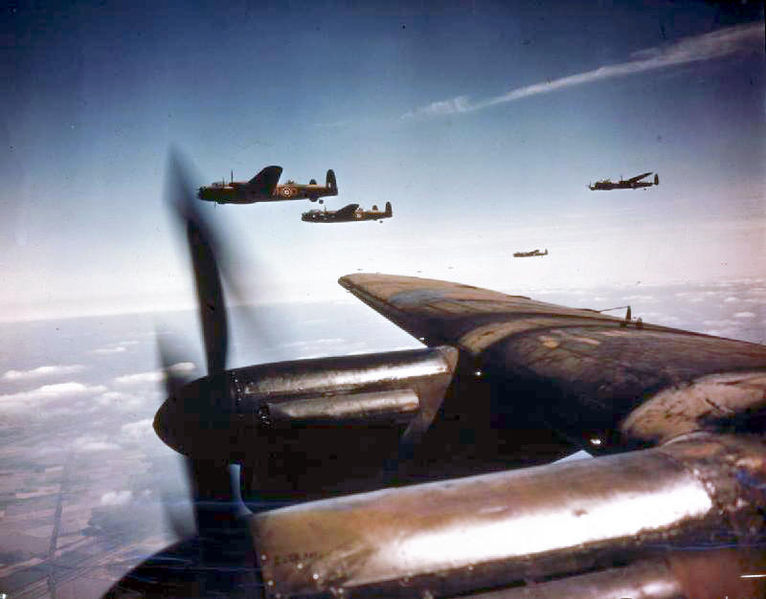 1897 – Salomon August Andrée, Nils Strindberg and Knut Frænkel takes off in their hydrogen balloon “Eagle” for an Arctic expedition.

1942 – In the longest bombing raid of World War II, 1,750 Avro Lancaster bombers of the Royal Air Force (shown above) attack the Polish port of Danzig.

1944 – Two U.S. Army aircraft crash in separate accidents in Maine; in one, a Boeing B-17G Flying Fortress flies into Deer Mountain near North Oxford during a thunderstorm, killing all ten crew. In another, a Douglas A-26B Invader slams into a trailer park in a nearby neighborhood in South Portland; two crew and 19 people on the ground are killed. They are the top two worst aviation accidents in Maine’s history.

1963 – First flight of the Grumman American AA-1, an American 2-seat light plane (shown above). The design will eventually lead to the AA-1 Yankee Clipper and AA-1 A Trainer, the AA-1 B Trainer and TR-2, the Gulfstream American AA-1 C Lynx and T-Cat, and later to the AA-5 family (Traveler/Cheetah/Tiger).

1989 – Death of Francisco Tarazona Toran, Mexican-born flying ace of the Spanish Civil War and a post-war commercial pilot in Mexico.