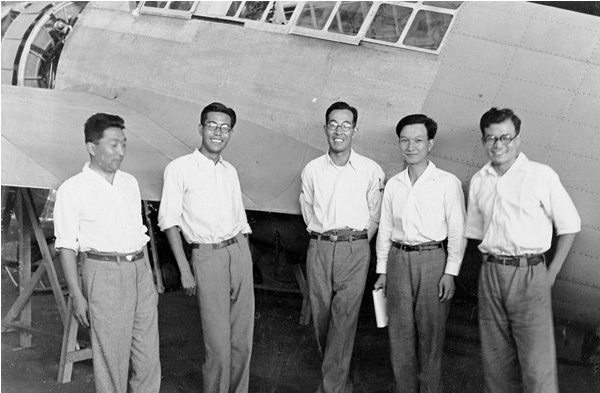 Completed about ten days earlier, at the Mitsubishi Aircraft Company factory at Nagoya on the island of Honshu, the prototype fighter had been disassembled so that it could be transported by road approximately 22 miles (36 kilometers) to the airfield.

Beginning late in the afternoon with taxi tests and a brief “hop” to check control response, at 5:30 p.m., Shima took off on what would be a successful test flight.

The prototype S12, serial number 201, had been designed in response to an Imperial Japanese Navy requirement for a new, light-weight fighter for operation from aircraft carriers. The design team was led by Dr. Jiro Horikoshi, an engineering graduate from the Aviation Laboratory at the University of Tokyo. 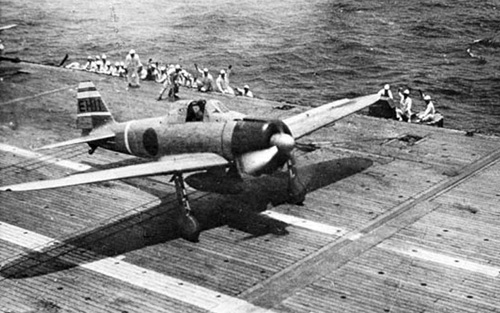 The Type 0 (best known as the “Zero”) was a single-place, single-engine, low-wing monoplane with retractable landing gear. It was of very light construction, being primarily built of a special aluminum alloy, although its control surfaces were fabric covered. The empty weight of the first prototype was just 1,565.9 kilograms (3,452.2 pounds). Its test weight on 1 April was 1,928 kilograms (4,251 pounds).

The two prototype A6M1s were powered by an air-cooled, supercharged, 28.017 liter (1,709.7 cubic inch displacement) Mitsubishi MK2C Zuisen 13, a two-row, fourteen cylinder radial engine, rated at 780 horsepower for takeoff. The engine initially drove a two-bladed variable pitch propeller, but during testing this was replaced by a three-bladed Sumitomo constant-speed propeller, which was manufactured under license from Hamilton Standard.

The combination of very light weight and relatively low power made the Zero very maneuverable and capable of long distance flights.

After the success of the A6M1’s initial flight tests, a second prototype, c/n 202, was built and testing continued. In September 1939 the Japanese Navy accepted the new fighter, the Rei Shiki Sento Ki, or “Rei-Sen,” and it was ordered into production with few changes.