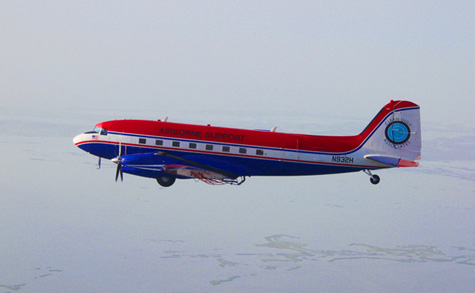 When I was a little girl growing up on the west side of Cincinnati in the ’50s, I was obsessed with airplanes, but the closest I came to any were the distinctive V-tails that flew regularly over our house.

And I remember my father saying, “There go the Hogans,” referring to four brothers who operated an air taxi service from their airport in Hamilton, Ohio, to Cincinnati’s Boone County Airport across the river in northern Kentucky.

But the real “aha moment” came when I saw the 1954 movie The Bridges at Toko-Ri with Grumman F9F Panthers (depicted as Banshees) streaking through rugged valleys and soaring through canyons of clouds. I distinctly remember looking out my bedroom window that night and vowing I’d do that someday.

That same year, when author Ernie Gann’s The High and the Mighty hit theaters, I kind of switched allegiance from fighter jets to “big iron.” Watching the copilot, John Wayne, smack the captain, Robert Stack, and take over that big DC-4 — yeah, that’s what I wanted to fly.

For the complete story by Martha Lunken of Flying, click here.