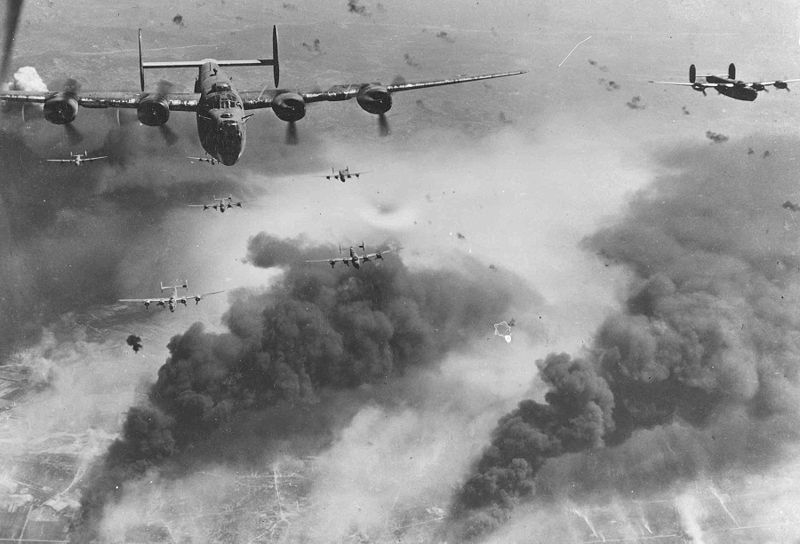 It was a bold mission in the middle of World War II: fly into Romania to destroy oil refineries that fueled the German Army. Seventy years ago on Wednesday, U.S. Army Air Forces Lt. Col. Addison Earl Baker, then a 36-year-old pilot from Akron, Ohio, and a large armada of American planes flew over Ploesti, Romania, in a low-flying raid. Baker would not return.

A nephew keeps alive the memory of Baker’s daring flight with a display in his Norton basement that includes framed pictures of his uncle, one with all the service medals he was awarded. “This guy always had a smile on his face,” John Baker, 76, said of his uncle.

Baker, a Consolidated B-24 Liberator pilot, and six other Summit County residents who were awarded the Medal of Honor, are honored with their names appearing on a plaque at the Summit County Courthouse that was dedicated in May 2003, during Ohio’s Bicentennial year.

For the complete story by Jim Carney of the Akron Beacon Journal, click here.