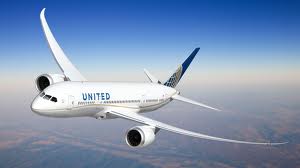 Cue the water cannons! United Airlines’s newest — and long-awaited — addition to its fleet, the Boeing 787 Dreamliner, is scheduled to pull up to a gate in United’s Terminal 1 at O’Hare Airport in Chicago at 9:51 a.m. Sunday — that is, if the aircraft and 219 passengers on the inaugural flight arrive on time.

The plane will be greeted with a full water cannon salute — the festive way of signifying a major event in the airline world.

And make no mistake, for United, this introduction of the Boeing 787 will be a big event. The Dreamliner marks the first new aircraft model of any sort that United has added to its fleet since 1995. That was when the carrier added the widebody Boeing 777, now a staple in United’s fleet and the fleets of many other carriers.

For the complete story by the Chicago Business Journal’s Lewis Lazare, click here.