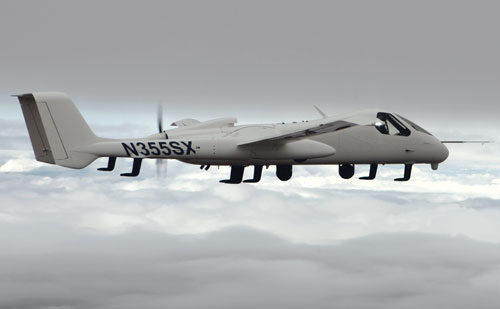 This is not your grandpa’s Firebird
Northrop Grumman recently unveiled its newest intelligence gathering aircraft system, whereby military users will be able to acquire real-time high-definition video, view infrared imagery, use radar and even listen in on communications signals—all at the same time—using this aircraft called Firebird. Moreover, it has been designed to either be occupied or unoccupied, depending on which variant would be deployed for which mission in particular, an optionally piloted vehicle, or OPV. The Firebird has a large internal equipment bay and the ability to operate multiple intelligence, surveillance, reconnaissance (ISR) and communications payloads simultaneously through a universal interface. Northrop Grumman developed the unmanned systems architecture, control and mission systems and then selected Scaled Composites to design, build and test the air vehicle, with first flight coming just 12 months after the initial concept discussions. The Firebird is powered by a single aft-mounted (pusher-type) turboprop engine turning a three-bladed propeller. It is to remain aloft for as long as 40 hours at an altitude of 25,000 feet. First flown in February 2010, the Firebird cruises at about 230mph.
The airplane is 34 feet long, about 10 feet high, with a wingspan of 65 feet. Of course, with an internal equipment bay, another version of the Firebird could carry and deliver weapons. But this remains to be seen. It was unveiled on May 9 of this year. —Steve Pace