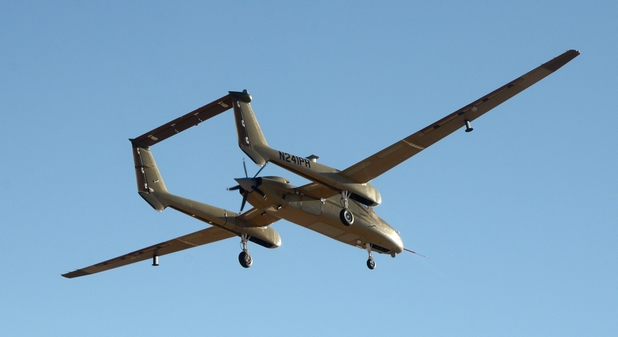 With temperatures hovering around zero, there were few witnesses around Mojave (Calif.) Air and Space Port early on Sunday morning to see a new two-seat production derivative of Northrop Grumman’s secretly-developed Firebird make its first flight.

The optionally piloted vehicle (OPV) is a 30-percent bigger version of the medium-altitude unmanned air vehicle demonstrator first revealed by Northrop in 2011. The second seat has been added at the request of a mystery buyer, an order from whom has kicked off an initial low-rate production run of two per year for the next five years.