The Northrop F-5 is a family of supersonic light fighter aircraft initially designed as a privately funded project in the late 1950s by Northrop Corporation. There are two main models, the original F-5A and F-5B Freedom Fighter variants and the extensively updated F-5E and F-5F Tiger II variants. The design team wrapped a small, highly aerodynamic fighter around two compact and high-thrust General Electric J85 engines, focusing on performance and a low cost of maintenance. Smaller and simpler than contemporaries such as the McDonnell Douglas F-4 Phantom II, the F-5 cost less to procure and operate, making it a popular U.S. export aircraft. 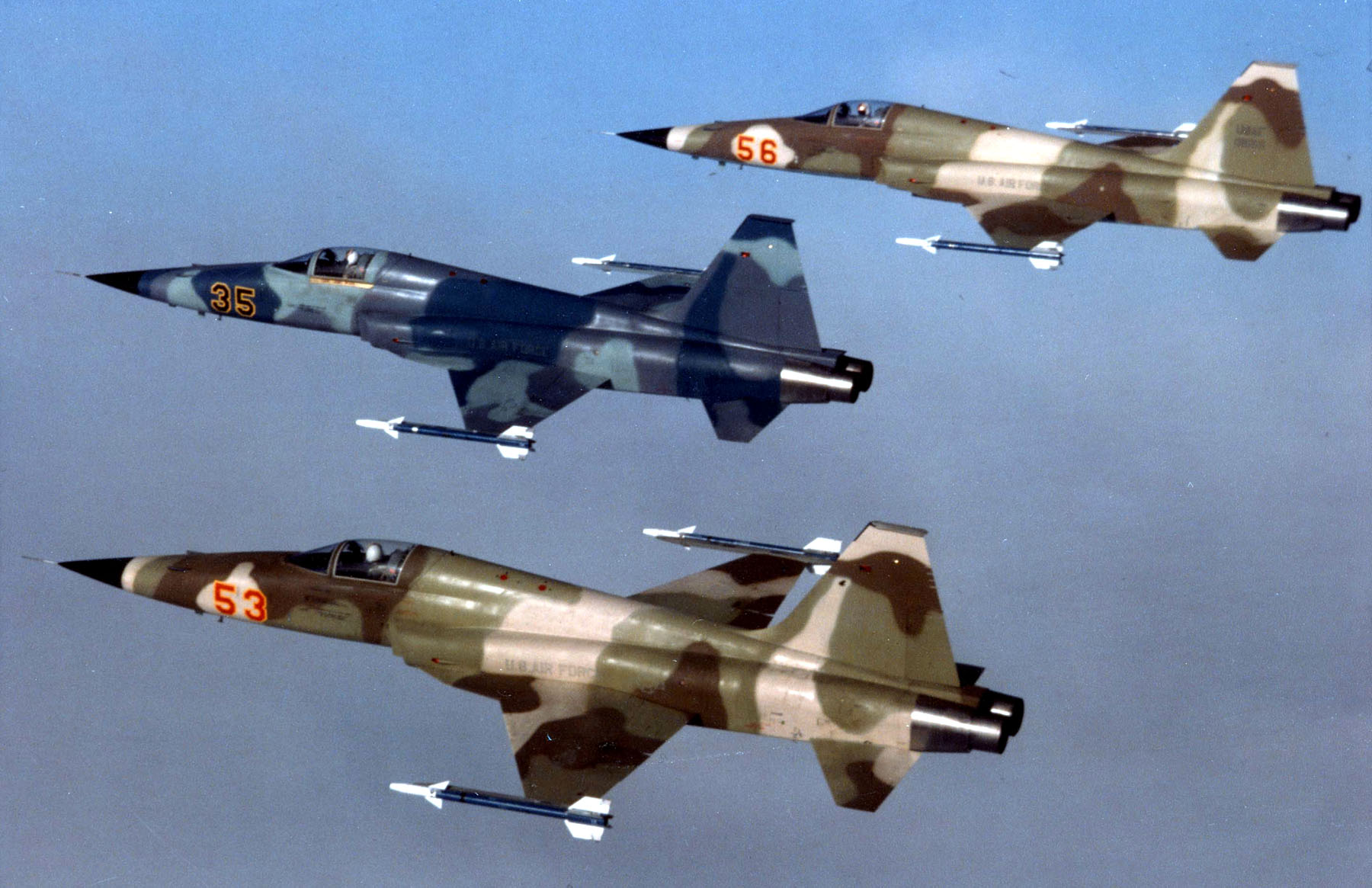 Though primarily designed for a day air superiority role, the aircraft is also a capable ground-attack platform. The F-5A entered service in the early 1960s, and during the Cold War, over 800 were produced through 1972 for U.S. allies. Though at the time, the USAF did not have a need for a light fighter, it did procure approximately 1,200 Northrop T-38 Talon trainer aircraft, which was based on Northrop’s N-156 fighter design.

The first production contract for the F-5A was issued in 1962, the first overseas order coming from the Royal Norwegian Air Force on 28 February 1964. It entered service with the 4441st Combat Crew Training School of the USAF, which had the role of training pilots and ground crew for customer nations, on 30 April that year. This changed with testing and limited deployment in 1965. Preliminary combat evaluation of the F-5A began at the Air Proving Ground Center, Eglin AFB, Florida, during the summer of 1965 under project Sparrow Hawk, with one airframe lost through pilot error on 24 June. In October 1965, the USAF began a five-month combat evaluation of the F-5A titled Skoshi Tiger. 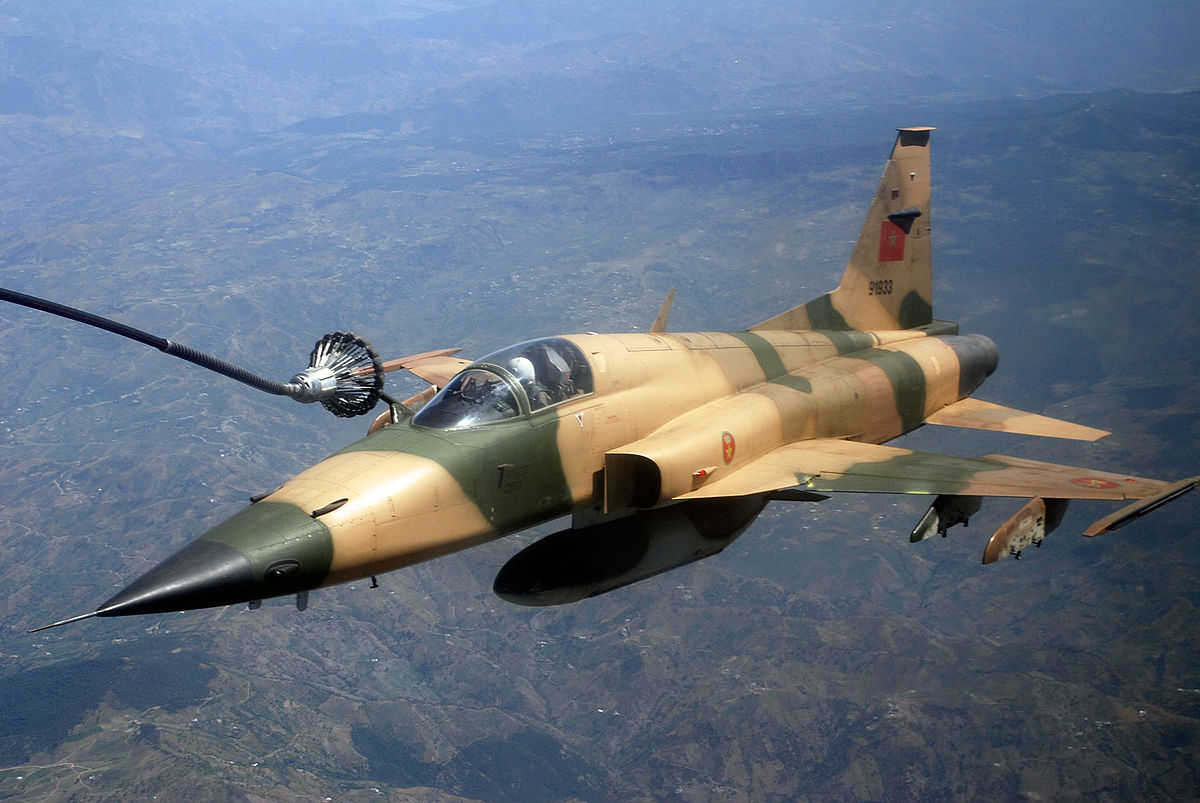 A total of 12 aircraft were delivered for trials to the 4503rd Tactical Fighter Squadron, and after modification with probe and drogue aerial refueling equipment, armor and improved instruments, were redesignated F-5C. Over the next six months, they performed combat duty in Vietnam, flying more than 2,600 sorties, both from the 3rd Tactical Fighter Wing at Bien Hoa over South Vietnam and from Da Nang Air Base where operations were flown over Laos. Nine aircraft were lost in Vietnam, seven to enemy ground fire and two to operational causes. Although declared a success, with the aircraft generally rated as capable a ground-attack aircraft as the F-100, but suffering from a shorter range, the program was considered a political gesture intended to aid the export of more F-5s than a serious consideration of the type for U.S. service. From April 1966, the aircraft continued operations as 10th Fighter Commando Squadron with their number boosted to 17 aircraft. (Following Skoshi Tiger the Philippine Air Force acquired 23 F-5A and B models in 1965. These aircraft, along with remanufactured Vought F-8 Crusaders, eventually replaced the Philippine Air Force’s F-86 Sabre in the air defense and ground attack roles.) In June 1967, the 10th FCS’s surviving aircraft were supplied to the Republic of Vietnam Air Force (RVNAF), which previously had only Douglas A-1 Skyraider attack aircraft. 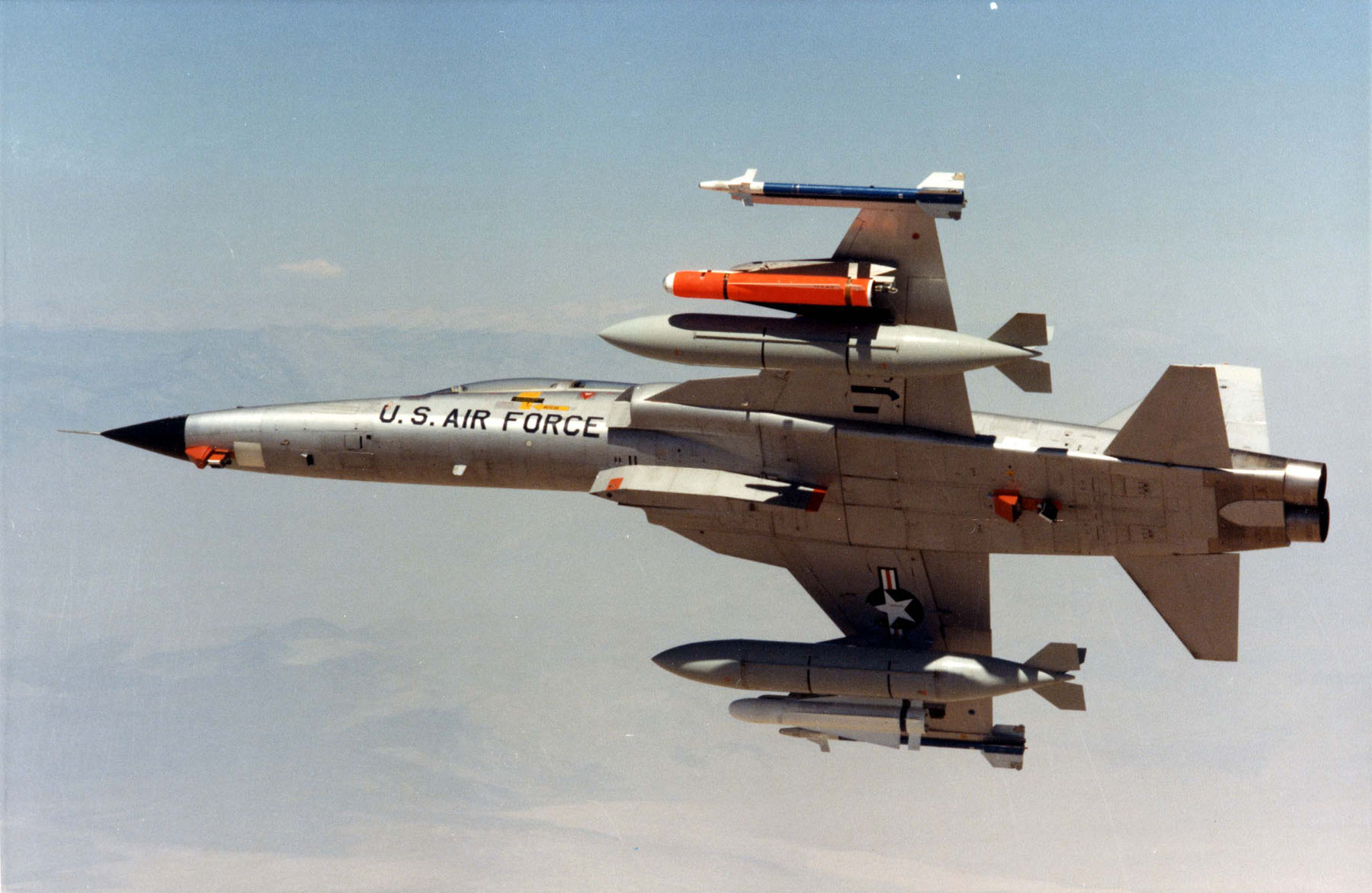 Saudi Arabia deployed F-5Es during the Gulf War, flying close air support and aerial interdiction missions against Iraqi units in Kuwait. One Royal Saudi Air Force F-5E was lost to ground fire on 13 February 1991, the pilot killed. AeroGroup, a private commercial company in the US, operates the CF-5B as a fighter lead-in aircraft for training and for other support services.

There were 17 aircraft originally purchased from the Canadian Government with U.S. State Department approval and then imported into the US in 2006. Since 2013, Tunisian F-5s have been used in strike missions in support of major military offensives in the border region of Mount Chaambi against Ansar al-Sharia and al-Qaeda-linked militants