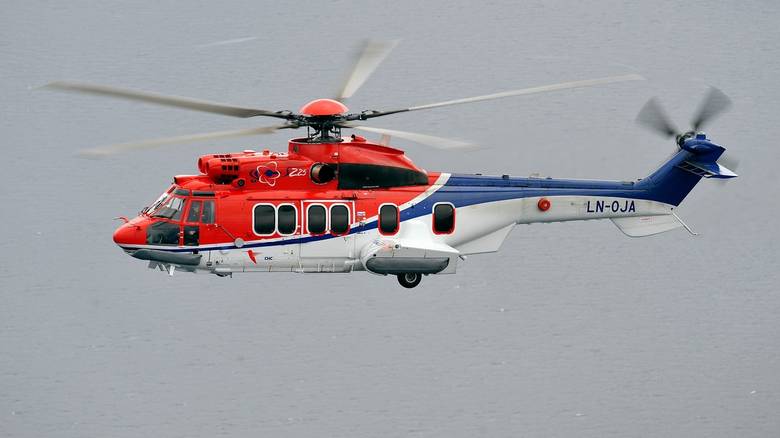 The first Eurocopter EC225 Super Puma helicopter to fly over the North Sea since the entire fleet was grounded last October took to the skies over Scotland’s Aberdeen heliport this morning. The CHC Helicopters-operated aircraft was chartered by oil giant Total and was carrying senior managers of the oil company on board but no oilworkers.

The chopper is understood to have departed on schedule for the North Alwyn platform at 10am. No one refused to board the aircraft. The Super Pumas, the workhorses of the North Sea, have been grounded since last October following two offshore ditchings involving the EC225 model, a large, twin-engined rotorcraft based on the AS332L2 Super Puma.

The fleet was grounded for safety reasons last October after a Super Puma operated by CHC was forced to ditch off Shetland. Another Super Puma had ditched 30 miles off the coast of Aberdeen in May 2012. Both ditchings led to the discovery of “potentially catastrophic” mechanical failures in the gearbox – identical cracks near a weld in the main vertical gear shaft of the chopper.

For the complete story by Frank Urquhart of The (Edinburgh, Scotland) Scotsman, click here.