North American Aviation’s F-100 was the USAF’s first true supersonic fighter. First flown on May 25, 1953, it was used by the USAF and other air forces including Denmark, Taiwan, Turkey and France. A total of 2,294 aircraft were built. Originally they were used as air superiority fighters, but the pace of fighter development in the 1950s was rapid, and the F-100s were quickly replaced by higher-performance fighters in that role. Used mainly for ground attack, including during the Vietnam war, The F-100 also scored many air-to-air kills in the bomber/fighter roll. 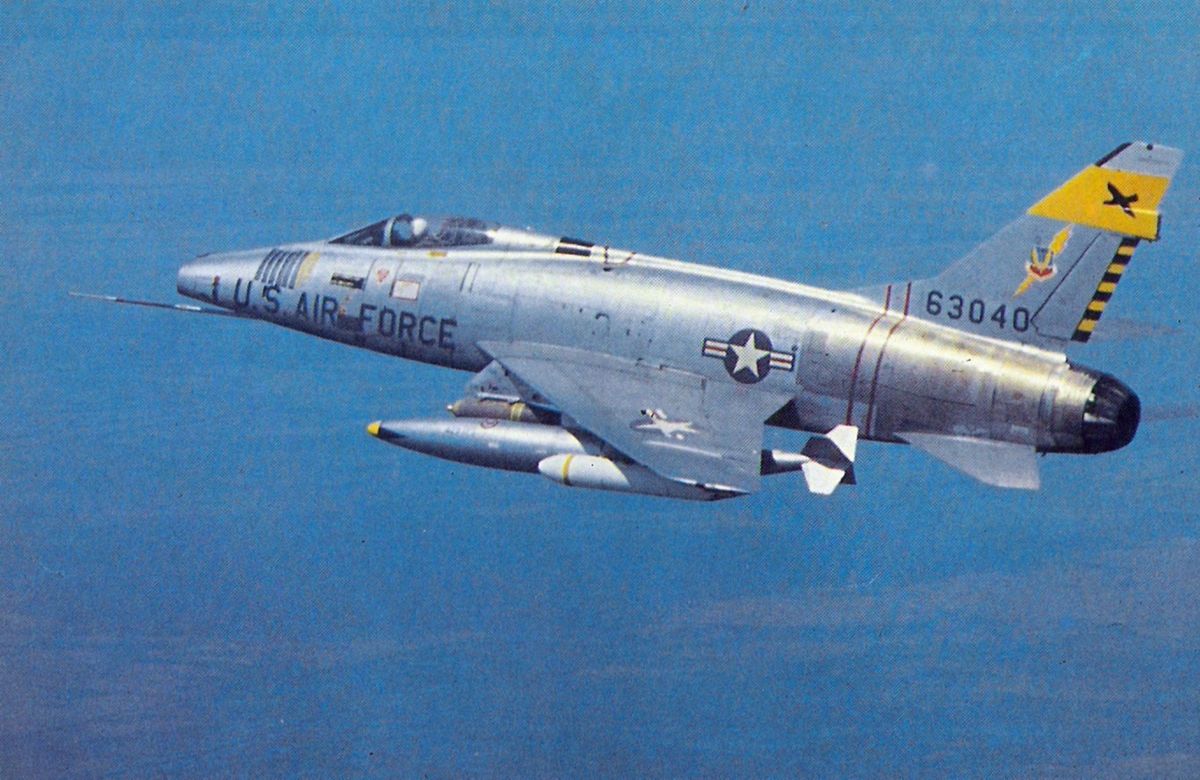 The F-100A officially entered USAF service on 27 September 1954, with the 479th Fighter Wing at George AFB, California. By 10 November 1954, the F-100As had suffered several major accidents due to flight instability, structural failures, and hydraulic systems failures, prompting the Air Force to ground the entire fleet until February 1955. The 479th finally became operational in September 1955. Due to ongoing problems, the USAF began phasing out the F-100A in 1958, with the last aircraft leaving active duty in 1961. By that time, 47 aircraft had been lost in major accidents.

Escalating tension due to construction of the Berlin Wall in August 1961 forced the USAF to recall the F-100As into active service in early 1962. The aircraft was finally retired in 1970. After a few years of Air National Guard service, the surviving pool of aircraft was then used as targets after being converted to remotely-controlled target drones for air-to-air and surface-to-air missile testing.

Numerous F-100s survive in museums today, the total population being about 40 or 50 airframes.