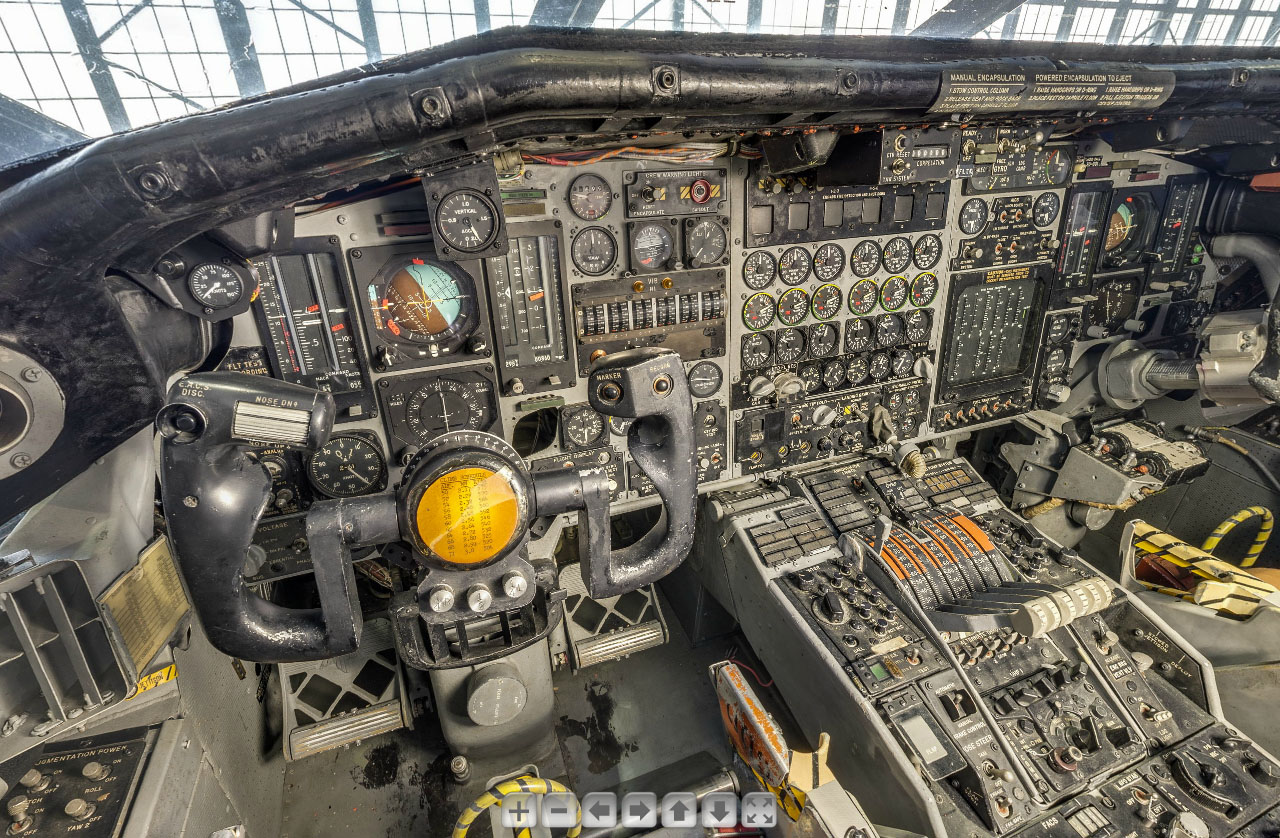 Visitors to the National Museum of the U.S. Air Force often ask if it’s possible to get inside the aircraft on display. With the help of technology, online visitors have the chance to see the interiors of many historical icons.

Among the most recent additions to the free ACI Cockpit360º app, available from the museum and AeroCapture Images, are the world’s only remaining XB-70 Valkyrie and President Truman’s VC-118 “The Independence.”

The XB-70 has long been a popular exhibit at the museum, and now virtual visitors can take a 360-degree tour of the pilot station, copilot station and electronic equipment compartment inside this exotic aircraft, which could fly three times the speed of sound and was used to study aerodynamics, propulsion and other subjects.

Conservation work was recently completed on the interior of “The Independence,” the aircraft that carried President Truman to Wake Island in October 1950 to discuss the Korean situation with Gen. Douglas MacArthur. Nine interior views, such as the presidential galley and VIP dressing room, show online visitors how presidential airlift has changed over the years.

Interior views of 12 other aircraft – the P-26A, Hawker Hurricane, Mosquito, B-26G, P-61C, C-124, A-7D, B-57B, KC-97L, B-58A, C-133A and F-104C – were added as well, which means the free app now features high-definition panoramic photos of the interiors of 43 aircraft on display at the museum. The app is currently available for free download from the Apple and Google Play stores.

The museum plans to feature additional cockpit photos as time and resources allow.

Story and photo by NMUSAF