Phil High’s Aviation Photography taken at night results in aircraft photos of unexpected beauty and drama. As a longtime volunteer photographer for the Experimental Aircraft Association at their annual orgy-of-all-things-aerial in Oshkosh, Wisconsin, Phil High will regularly be seen lying on the ground, getting dramatic angles of an airplane. Or homing-in on the details that make that particular airplane different. His photos are often featured in the pages of EAA publications. However, what few of the hundreds of thousands of attendees ever see is High’s elaborate dances with a flashlight in the dead of night. 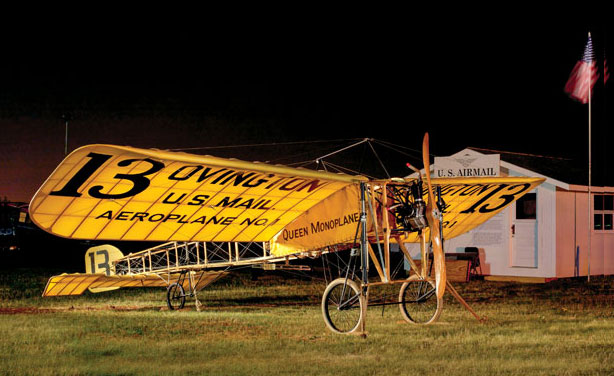 High’s photography is so unusual and so well suited to the Flight Journal audience, that we thought it to be time that we familiarize you with Phil and his work.

High, of Marion, Iowa, didn’t start out as an aviation photographer. He says, “I got a used Argus C-3 35mm when I was 14 and just started shooting pictures. I loved the journalism/art aspects of photography in high school and shot a lot of photos for the yearbook and the local newspaper, but I wasn’t into airplanes yet. “

After graduating, he drifted into jewelry design and manufacturing, which is now his wildly successful day job. His company is well known in the field and continually expanding. His world revolves around beauty and art but, when he came into aviation, he had no idea his love for photography would come right along with him. “I started flying, got my private license, bought an airplane and finally made it to Oshkosh for the first time in 1980. While I enjoyed it, I felt as if there was something more I could be doing while there. I’d never really had a firm focus with my photography, but, as soon as I saw the color and excitement on the field at Oshkosh, I knew this was something I’d like to pursue on film.” He sent a résumé to the EAA and beginning in 1989 became a valued member of the photo staff at Oshkosh, burning up hundreds of rolls of film in the process. “When I’d be shooting during the day,” he says, “it would drive me crazy trying to get photos of airplanes without people in the frame. It was maddening that once we’d shut down in the evening, the field would then be deserted, Not a soul in sight. One night I decided to bring my own light to the deserted ramp and get the shot I was looking for earlier in the day.” 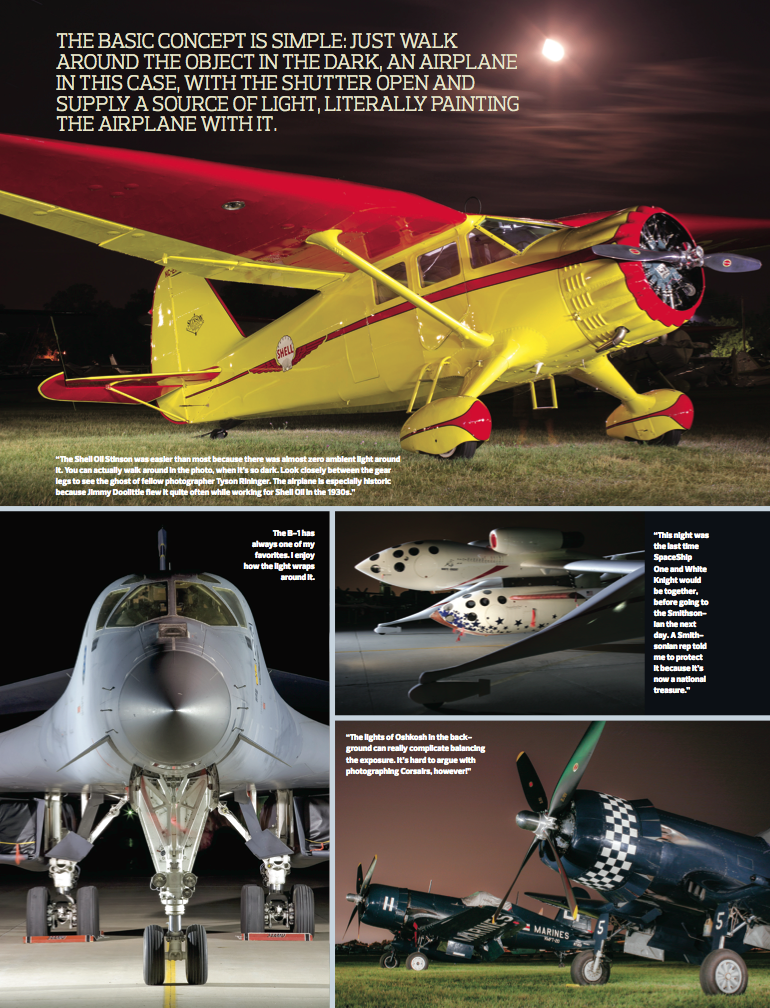 He says, “Light painting large objects has been around almost as long as cameras have and is fairly common. The basic concept is simple: just walk around the object in the dark, an airplane in this case, with the shutter open and supply a source of light, literally painting the airplane with it. Some guys use strobes. Some use strong photofloods. I only use a small, Surfire LED flashlight. 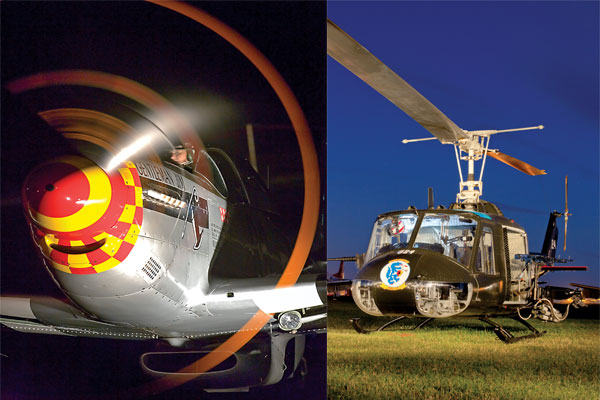 Above Left: “I actually didn’t have to paint this one. Connie Bowlin just sat there while I used a fairly long exposure and a 500mm lens. Light was from an open hangar door.” Above Right:  “What you can’t see is fellow EAA photographer Tyson Rininger standing inside the frame lighting the cockpit with a portable flash.” Below: “The Dornier was my first attempt at light painting using a digital camera. Not only did I not really know what I was doing but the airplane was huge. However, I kept after it until I got it. The ghostly sky is the lights of Oshkosh being reflected in clouds that moved while the shutter was open. I sure wish I knew then, what I know now.” 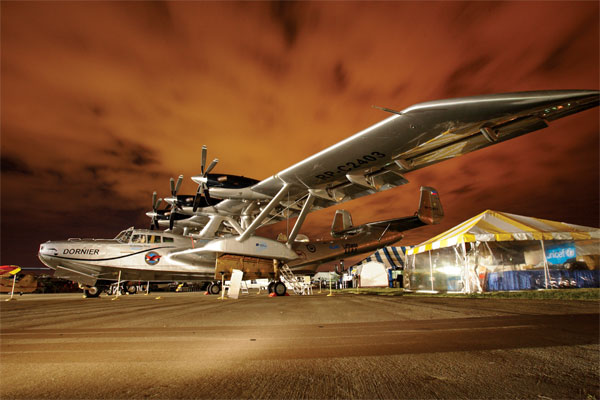 “I picture the flashlight as a hose of light,” he explains, “and you just make sure you get all of the right parts wet. Some get wetter than others to get a desired effect. If it is dead dark, it’s fairly straightforward, but, there’s almost always some ambient light, or light source, around. So, you have to balance that light with your light paint brush. This is where digital photography has made it much easier because I take my laptop along and can see how I did on each exposure and can immediately redo it. On my first digital attempt, which was the Dornier, the last shot in this photo layout, I got to make probably 20 different attempts to get it all right. On film I just would’ve had to guess. Now, it seldom takes more than two or three attempts. Each exposure takes two to five minutes with the shutter open the entire time. The most important part for me, is that the image is correct in the camera without having to manipulate it on a computer later.” 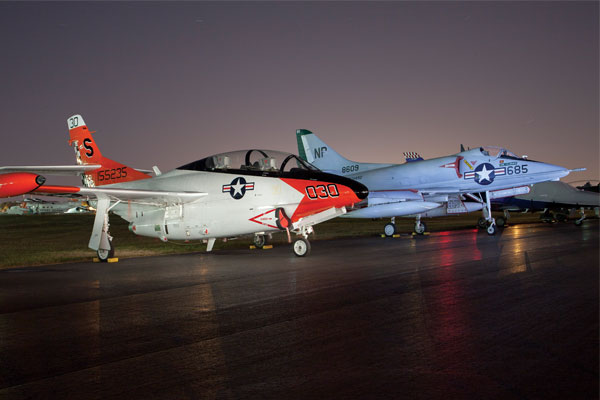 Above: “This is an experiment in using flashlights with two types of bulbs: LED and tungsten.”

It may be a well-known technique, but we’re especially taken with the way he has applied it to subjects we all love. Airplanes or not, to our eyes, it is true art.

To see more of Phil’s photography, go to philhigh.com