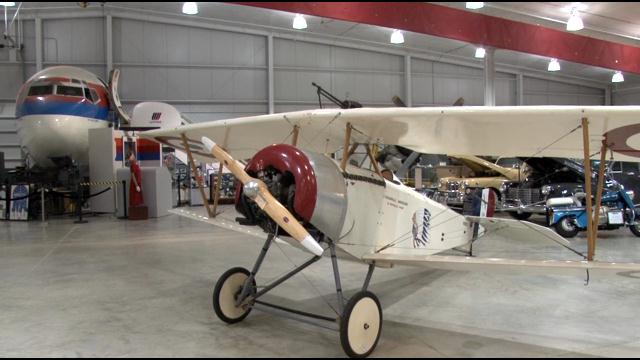 When people get ready to retire, it’s not unusual for some of them to pick up a new hobby. Some golf, some fish, but few build an actual airplane.

Bob Heath of Whiting, Iowa, decided to build a replica airplane, and the idea for it all came from a conversation with his friend.

“Hank Bater from Le Mars and I were talking about building another airplane and we kind of decided to order plans for the Nieuport eleven,” said Bob. He built the Neiuport based on plans from a Canadian man, who built the original prototype.

For video and the complete story by KMEG-TV (Dakota Dunes, S.D.), click here.