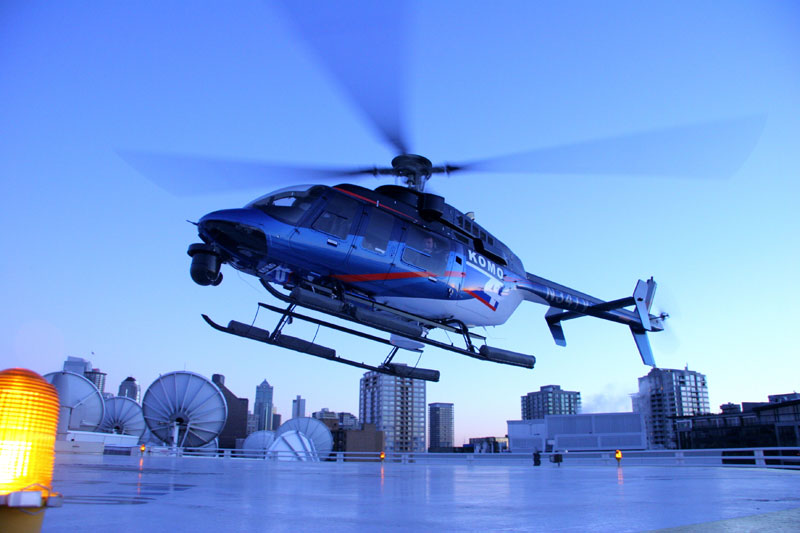 Two people were killed and one was critically injured when the KOMO News helicopter crashed and burned on takeoff Tuesday morning on Seattle’s Broad Street only yards away from the Space Needle. Emergency personnel immediately rushed to the scene.

Three vehicles were struck in the crash. Witnesses said a man could be seen running from from one car with his sleeve on fire, and he was extinguished by officers at the scene.

Huge flames and plumes of black smoke poured from the burning wreckage, about 50 yards from the base of the Space Needle. Fuel gushing from the wreckage caught fire and burned for a block from the crash scene.