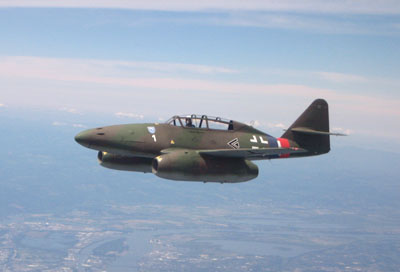 An antique jet fighter lost its canopy Tuesday morning as it attempted to take off from Midland International Airport in West Texas, but the pilot and passenger escaped injury, according to a news release from the city of Midland. Midland police and firefighters responded to a report of the plane crash at 11:11 a.m.

The cause of the incident was not immediately clear, but the plane, a Messerschmitt Me 262 owned by The Collings Foundation and based in Houston, Texas, sustained only minor damage. There were no injuries.

The Federal Aviation Administration will investigate. The Commemorative Air Force Museum is nearby, but the airplane was not a CAF aircraft, said Karissa Kienast, public relations manager with the CAF. Kienast said she did not know who owns the airplane.

The aircraft was a transient plane stopping through the area, said Sara Higgins, city spokesman.

By the Odessa (Texas) American