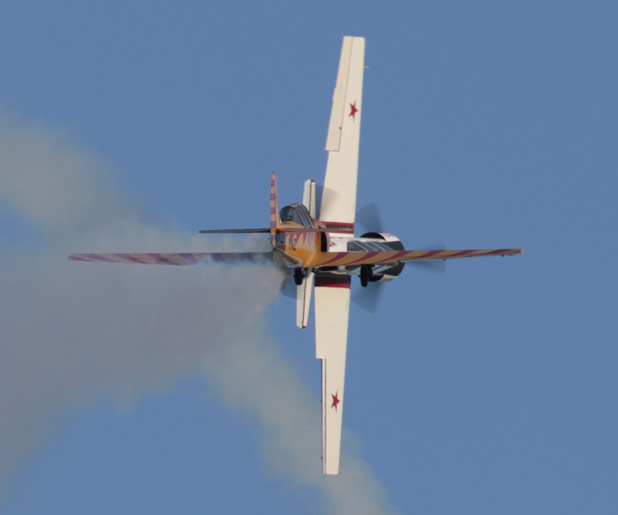 An estimated 30,000 people will be ironing out the kinks in their necks after spending the weekend gazing at the sky at the Omaka Classic Fighters Airshow near Blenheim, New Zealand.

Airshow organiser Graham Orphan said that despite rain on Saturday, the crowd was out in force for the seventh biennial airshow at the Omaka airfield. About 18,000 people were thought to have attended the show on Saturday, while 5,000 attended the dusk show on Friday and 7,000 more headed along Sunday despite the fickle weather.

“Every year I get up in the PA tower and look down at all the people, and Saturday definitely had unprecedented numbers,” Orphan said.

For the complete story by Anna Williams of The Marlborough Express, click here.